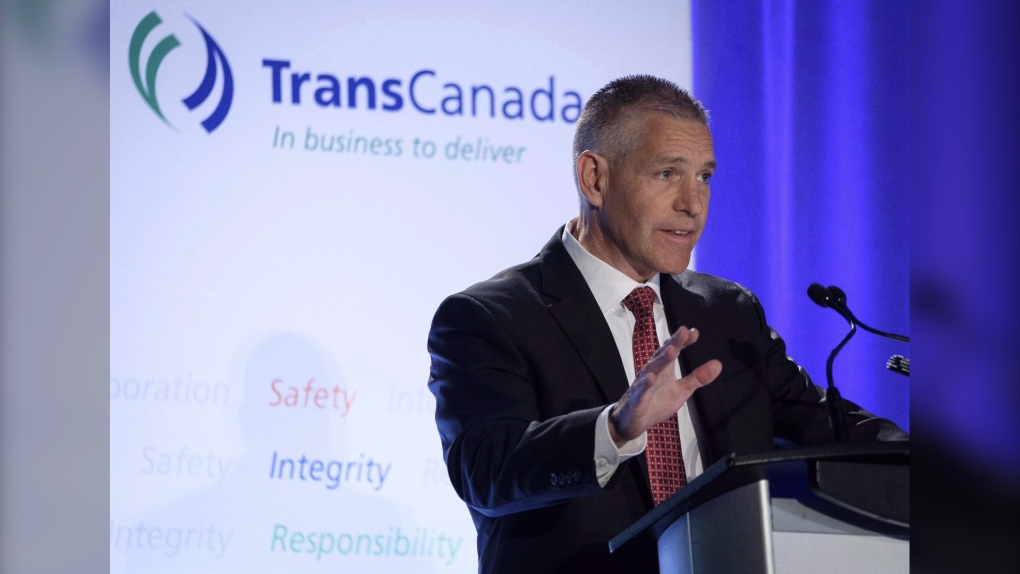 TransCanada Corp. president and CEO Russ Girling addresses the company's annual meeting in Calgary, Friday, April 27, 2018. The CEO of TC Energy Corp. says it is developing a plan to guard against the spread of the COVID-19 virus as it moves ahead with site preparation and planning for the US$8-billion Keystone XL Pipeline project. THE CANADIAN PRESS/Jeff McIntosh

CALGARY -- The CEO of TC Energy Corp. says the company is fine-tuning its plan to guard against the spread of COVID-19 as it moves ahead with site preparation for the US$8-billion Keystone XL Pipeline project.

Russ Girling says crews are working on right-of-way clearing and moving pipe and equipment into position while starting to drill river crossings and constructing the border crossing into Canada from northern Montana.

Major pipe-laying activity on the route from Hardisty, Alta., to Steele City, Neb., is expected to ramp up in June, he said during a presentation at the Scotiabank Canadian Association of Petroleum Producers Energy Symposium which was held virtually on Wednesday.

Environmentalists have charged it's irresponsible for the company to go to construction during the current pandemic.

Calgary-based TC Energy, formerly known as TransCanada, announced last week it would go ahead with the pipeline after Alberta agreed to invest about US$1.1 billion as equity and provide a US$4.2-billion loan guarantee.

Girling said the provincial investment was important to mitigate against “inherent risks” in the project, adding he didn't want it to affect his company's credit-worthiness or its ability to proceed with $30 billion in other capital projects.

This report by The Canadian Press was first published April 8, 2020.