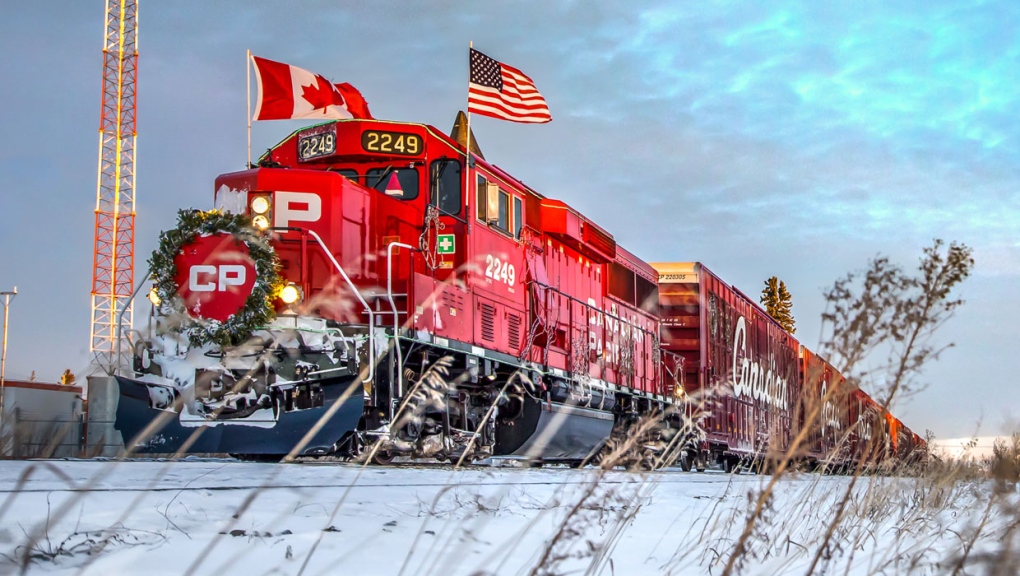 The CP Holiday Train will be rolling through to Calgary for a Christmas concert featuring Terri Clark and a soon-to-be-announced special guest. (Supplied/CP Holiday Train)

CALGARY – The Canadian Christmas concert train will be making its way to Calgary on December 8, continuing a Canadian Pacific tradition that's been in place for over 20 years.

The CP Holiday Train begins its journey on November 26 in Montreal and will be performing free concerts all along the way.

Once the train stops in Calgary, Canadian country music singer Terri Clark will get on board for the rest of the trip to Vancouver, wrapping up the concert series on December 17.

Clark will be joined by another special guest who is expected to be announced at a later date.

Since the first event in 1999, the CP Holiday Train has raised over $15.8 million and 4.5 million pounds of food for food banks across North America.

Admission to the concerts is completely free, but organizers ask you to bring a non-perishable food item or cash donation for your local food bank.

A full schedule is available online.