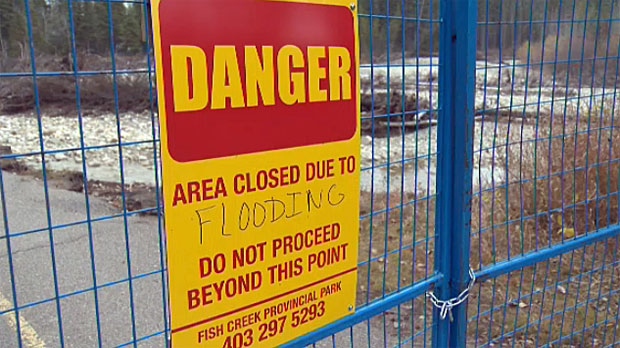 Fish Creek Provincial Park was heavily damaged by flooding at the end of June.

The Alberta government has pledged $81 million to rebuild and restore trails and facilities in provincial parks that were damaged in the June floods.

The work will be carried out in Kananaskis Country, Fish Creek and Wyndham-Carseland Provincial parks, as well as the Oldman Dam Provincial Recreation Area.

“We will restore the provincial parks that were damaged by flooding and we will rebuild campgrounds, trails and day-use areas with an investment of some $81 million over the next four years, “ said Dr. Richard Starke, Alberta Minister of Tourism, Parks and Recreation.

Officials say the flooding destroyed about 170 kilometres of pathways and recreation trails and more than 50 campgrounds and over 60 day-use areas were also damaged.

Minister Starke says the bulk of the spending to rebuild will take place over the next two fiscal years.

He says about $60 M of the funds will be used in the Kananaskis, about $15 M in Fish Creek and the remaining $6 M will be spread out among several other locations.

Starke says there are a few areas where crews will have to start from scratch on new sites.

“There are some situations where, because of the profound damage that occurred, that it’s literally impossible to rebuild on exactly the same location. Wherever possible, what we'll try to do is relocate nearby, perhaps on higher ground, perhaps on an area that is now more suitable for those things. In some cases it would be impossible to build exactly what was there before,” said Starke.

Work on initial repairs will continue this fall and winter to prevent further damage and to restore critical infrastructure and the major restoration work will start next year.

There is no decision yet on whether the Kananaskis Golf Course will be rebuilt.