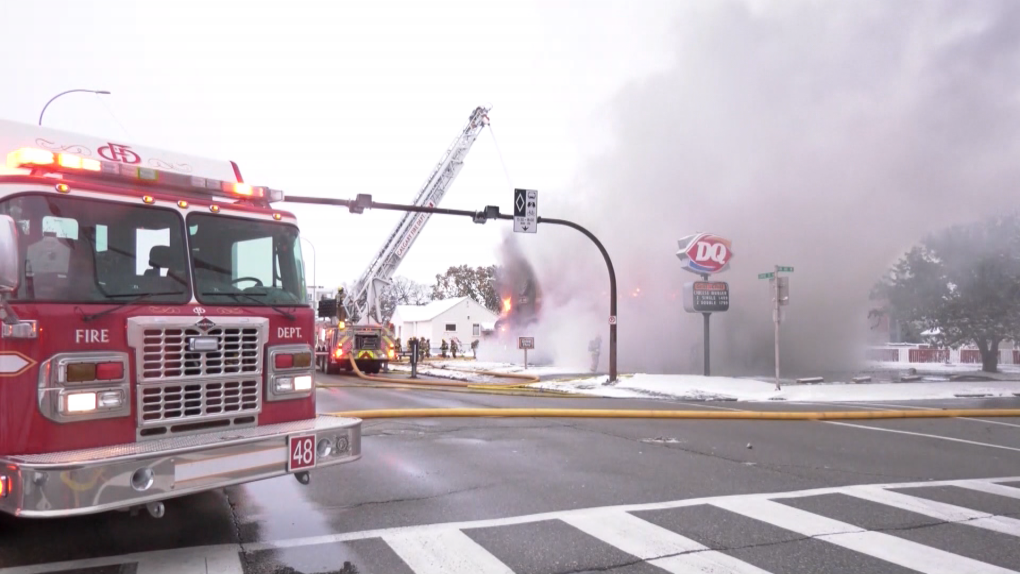 CALGARY -- The owners of a Dairy Queen building on Centre Street North will be permitted to rebuild the restaurant, destroyed in a 2019 electrical fire, in the same location and with a drive-thru.

An initial development permit application submitted in 2020 to reconstruct the fast food restaurant in the 1900 block of Centre St. N.E. was denied by the City of Calgary.

According to the Gordon family who owns the property in Tuxedo Park, the denial was due to the city's insistence that a multi-storey building be constructed on the site, with the Dairy Queen located at street level without a drive-thru.

An appeal of the decision was filed and, on Wednesday morning, Ward 1 Coun. Ward Sutherland announced on Twitter that the Gordons would be permitted to rebuild as originally planned.

Breaking news- SDAB overturned the refusal & the DQ can now proceed ! Great news for business & happy the processed corrected this! My understanding planning is assisting the applicant now. #yyc #yycbusiness

The Gordon family has owned the property for nearly 50 years and ran the Dairy Queen until 2013, when the Shim family took over as franchisees.