Demand for home births and midwives on the rise amid pandemic

CALGARY -- When the pandemic hit many predicted a baby boom would likely follow with so many people cooped up indoors together, and while that’s yet to be seen, the COVID-19 crisis does appear to be having an impact on how people are choosing to deliver their baby.

According to the Alberta Association of Midwives, there was an increase in the number of midwifery-led births in 2020 as compared to 2019. Further, there was quite the spike in women choosing home births during the pandemic as compared to the year before. 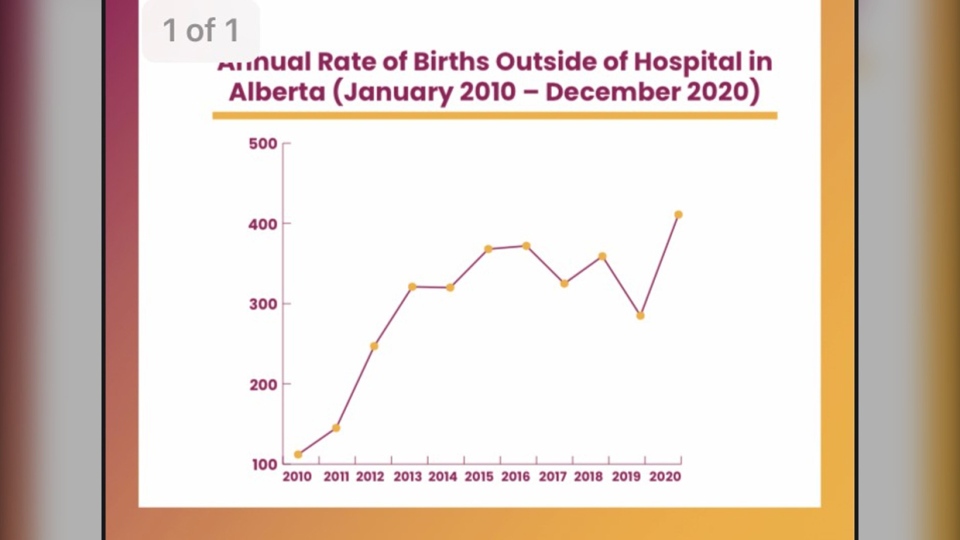 The president of the association, Chelsea Miklos says there are a number of factors at play with those numbers. She says while the number of midwives has been increasing in Alberta which ultimately increases the number of midwifery births, COVID-19 is playing a big role.

“With the pandemic people are making healthcare choices differently" Miklos said. "There is this totally massive added layer of going to the hospital and being in the health care setting and knowing who's around you in those settings.”

Alberta Health says it continues to provide regular labour and delivery services during the pandemic. The province’s birth numbers for 2020 aren’t available but according to stats from Service Alberta, the number of births have been on the decline since 2015.

Kinga Kovacs is a new mom and delivered her baby at the end of March. She said she had concerns about giving birth amid the pandemic in a hospital. 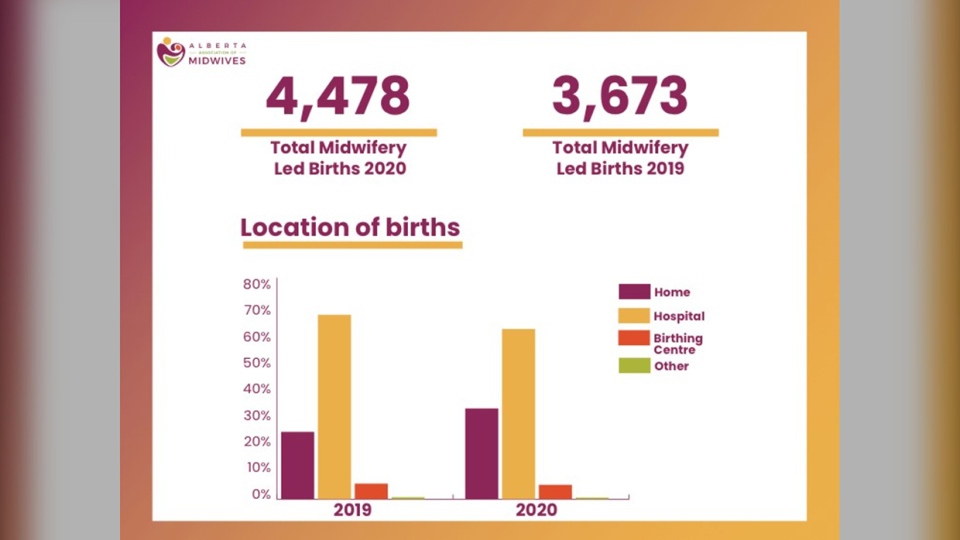 “I was a little concerned with contracting COVID-19 with our little baby I was never nervous with that, I didn’t know what that would look like,” she says.

Ultimately baby girl Petra made the decision for her parents. She arrived so quickly Kovacs delivered at home with midwives. She says it doesn’t surprise her to hear more people are thinking of going that route right now.

“With COVID-19 I can understand. I have a number of girlfriends that were also having babies at the same time as us and they talked a lot about having a home birth actually and none of them would have considered it prior to COVID-19.”

Miklos said there are a lot of unknowns when it comes to the impact COVID-19 is or will have during pregnancy including being more sedentary during the pandemic and the increased stress and anxiety.

“I wouldn’t say complications per se but they (midwives) are just seeing things that they haven’t seen in the past. So babies (being delivered) in funny positions or taking longer to come down.”

Right now, she said a lot of clients currently have a lot of questions with getting vaccinated during pregnancy and said the evidence shows a pregnant woman is more at risk.

Currently in Alberta anyone who is pregnant is eligible for a COVID-19 vaccine under Phase 2B.