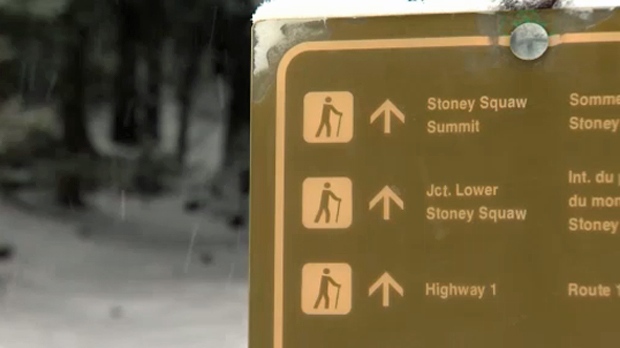 CALGARY -- After calls from First Nations, the hiking community and lawyers over several years, the federal government has announced plans to remove an offensive name from a mountain and trail in Alberta.

In a written statement, the Government of Canada says it is "committed to reconciliation and renewed relationships with Indigenous Peoples, based on a recognition of rights, respect, co-operation, and partnership."

"The offensive name of Stoney Squaw mountain and trail is, and has been, a concern for Indigenous groups and Parks Canada for some time now. Our understanding is that local Indigenous groups are working on formally proposing a new name to the Geographical Names Board of Canada."

While these talks continue, the statement reads that the agency is "committed to removing the offensive term from all Parks Canada maps and publications in Banff National Park by the end of 2020."

Government officials confirm the Stoney Squaw name no longer appears on the Parks Canada website as well as trail brochures and maps, and plans are underway to remove the name from road signs, trail signs, kiosks

The word 'squaw' came from the Algonquin language. The term, which meant woman, was adopted as a way of disparaging Indigenous women.