LETHBRIDGE, ALTA. -- Searchers are focusing their efforts on a section of St. Mary River where a 17-year old girl was last seen, after a tragic boating mishap Wednesday.

The girl was among a group from the Spring Valley Hutterite Colony who had been enjoying a day of swimming and canoeing on the river. RCMP said three girls were trying to come ashore when their canoe capsized, throwing them into the swift moving water.

The girls were wearing jackets and long dresses, but were not wearing life jackets.

One of the girls was pulled from the river, where she was pronounced dead on scene. The body of a second teen was recovered early Thursday morning.

RCMP said Friday’s search effort involved doing a visual search, as well as using sonar equipment, but the river conditions proved to be a challenge.

“The water itself is a little fast, the water has lots of rocks in it, ups and downs, deep spots and low spots,” said Cpl. Shane Ryan, the RCMP boat operator. 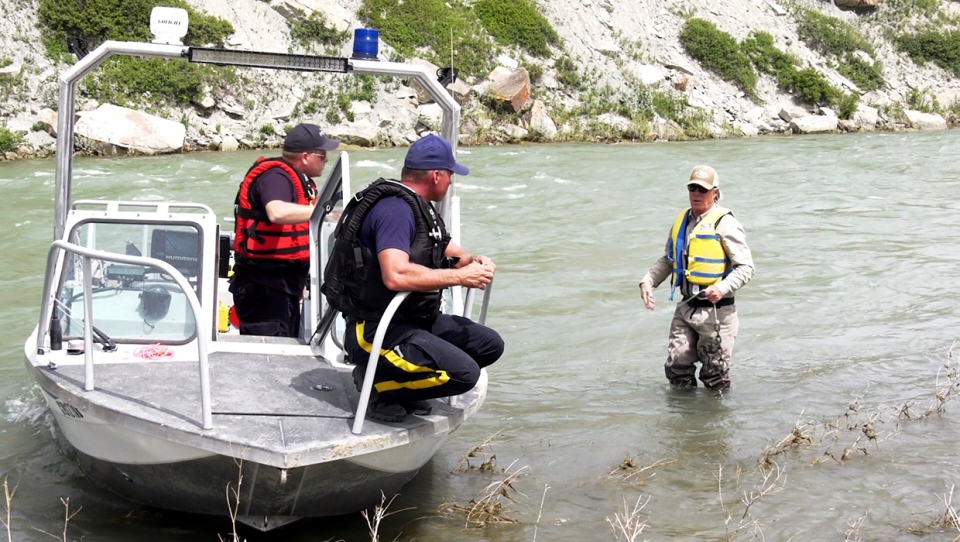 Raymond/Magrath Detachment Commander Sgt. Kevin Wright said “It is absolutely inspiring to see the community come together during such a tragic time.”

The HEART team, from the Oak Bluff Colony, included certified divers who said the fast-flowing river was not suitable for diving.

“At this point the current is sweeping you away,” said dive team coordinator Paul Maendel. “You could get to the bottom but you can’t do a reasonable search when you are struggling with the current like that.”

Instead they used side scan sonar and advanced underwater imaging equipment to try to locate the missing girl, and help bring closure for the local Hutterite community.

“We can’t guarantee of a recovery, but will put our best resources to use here,” said Maendel.

“Being a faith-based community we put a lot of emphasis on that. We put our trust in God and our hope and prayer is that there will be a positive resolution here.”

Alberta Environment is also assisting, by reducing the outflow from the St. Mary Reservoir located upstream.

Cpl. Ryan said the river level has dropped by approximately 25 centimeters since Thursday, “By bringing the water levels down it’s going to reduce the amount of water physically we have to look through and it’s going to increase the visibility.”

Members of the South Eastern Alberta Search and Rescue Association based in Medicine Hat are expected to join the search Saturday.

The Spring Valley Colony is planning to hold two wakes for the victims of the tragedy. Members said the timing of the wakes will depend on the outcome of the recovery effort.