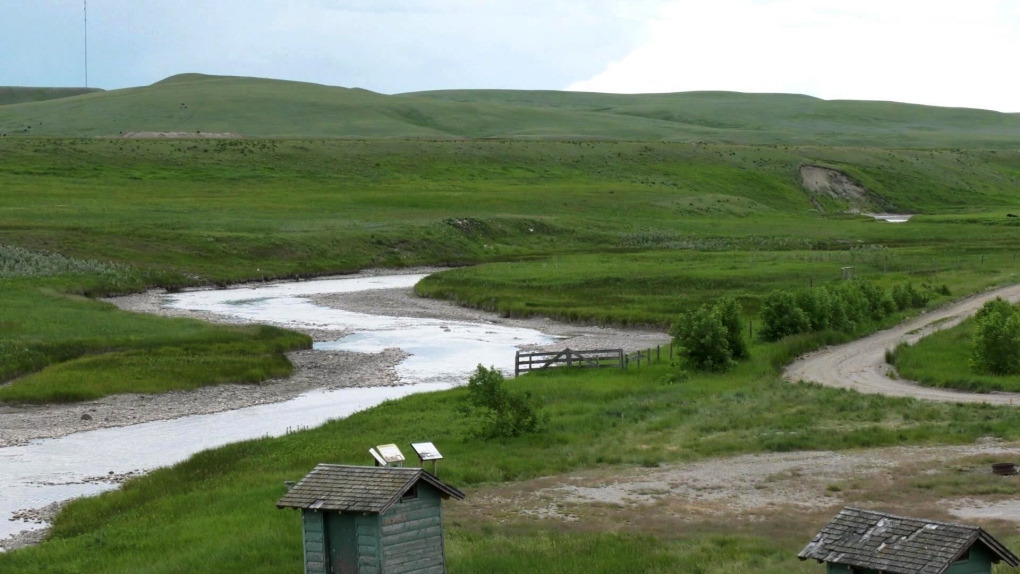 Damage to a dam on the U.S. side of the border means the Milk River is in danger of drying up this year.

MILK RIVER, ALTA. -- Some southern Alberta communities are likely facing the worst drought in almost 20 years after a major diversion failure in Montana.

The Milk River is now under threat of drying up if repairs don’t come quickly.

“In Alberta it assists about 8200 acres of irrigation and supplies water for towns and villages and water co-ops,” said Tim Romanow, executive director of the Milk River Watershed Council Canada.

Part of a diversion in northern Montana alongside the St. Mary Canal failed on May 17, heavily impacting the Milk River on the Alberta side of the border. Spring rain has helped sustain the flow of the river.

Heading into July and August, however, the portion of the waterway close to town could start to look a lot like the north bend of the river, located up the road from Del Bonita, which has nearly dried up.

“Most summers over 80 per cent of the flow is coming from the St. Mary’s Diversion, so this is going to be challenging for our water users and the irrigators,” said Romanow.

More than 110,000 acres will be impacted in both countries.

“It will cause us not to be able to have enough irrigation water to finish our second crop of alfalfa,” said Milk River-area farmer Warren Cunningham.

Hundreds of ranchers also have livestock grazing adjacent to the Milk River. They’ll be forced to adjust their grazing rotations away from the river during the low flow period.

“Well, we have been very concerned of the dam and the system in the United States being as old as it is,” said Cunnigham.

The diversion itself has been around for 105 years. Repairs are underway, but not expected to be completed until September.

Milk River, the village of Coutts, and the U.S. border community of Sweet Grass have about a four-month supply of water left.