Documentarian seeks to reclaim Black history on the Alberta plains 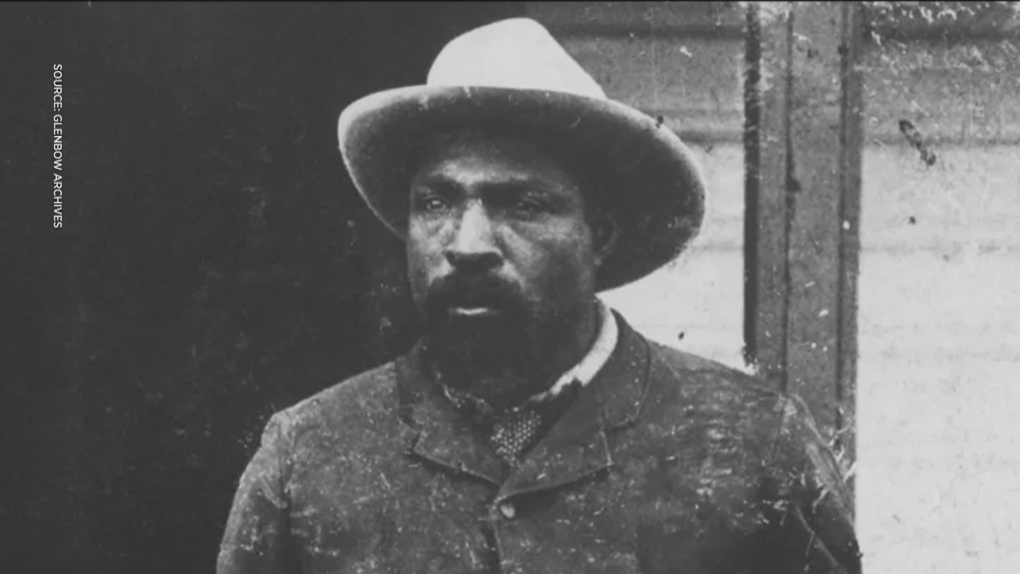 John Ware migrated to and settled in what was then Blackfoot territory in the area southwest of Calgary in the late 1800s. The film John Ware Reclaimed opens Thursday at the Calgary International Film Festival. (File photo)

REGINA -- John Ware was more than a solitary Black rancher riding the southern Alberta plains in the late 1800s.

It's one of several myths Calgary filmmaker Cheryl Foggo tries to destabilize in her 2020 documentary John Ware Reclaimed.

The film opens with Foggo listing the oft-used tropes associated with Ware — he was supposedly “singular; a big, amiable, Black cowboy all alone in his Blackness in southern Alberta.”

“John Ware was not the only Black person here, even in his time,” she said. “His children became very interconnected with the community of Black people who came to this part of the world starting in about 1905, because those connections tell us a much fuller story.”

Her film opens Thursday at the Calgary International Film Festival, which is hosting online and in-cinema screenings; the film is also to screen on the festival's final day, Oct. 4.

Foggo, who was born in 1956 in Calgary, has connections to Regina and to one of the first Black settlements in the western Prairies: The Shiloh community, founded in the Maidstone area in 1910 by descendants of freed Black slaves leaving racist legislation in the United States.

Her maternal great-grandparents were among the migrants who settled there; her mom was born in Regina in 1926 and grew up in the city.

John Ware migrated to and settled in what was then Blackfoot territory in the area southwest of Calgary, particularly near Millarville.

For Foggo, reclaiming the rancher's narrative and giving it a fuller picture is important, because so much of his story is shaped by the 1960 book John Ware's Cow Country by Grant MacEwan, a former politician and lieutenant governor. She believes it contributes to those inaccurate myths.

Foggo's documentary shows there were dozens of Black cowboys and ranchers making a living in Alberta in the late 1800s. And Ware built relationships with white families and the Blackfoot community of southern Alberta.

“Being aware of that history, being told of it can be an incredible inspiration for feeling connected to this part of the world for young Black Canadians, just as it was for my brother and I when we discovered (John's) existence,” she said.

Her film acknowledges the racism he and other Black settlers faced. For example, the official name of John Ware Ridge west of Okotoks formerly included the n-word, in reference to how some white people referred to Ware when he was alive.

Regina's Carol LaFayette-Boyd agrees the history of Black settlement in the west is anything but singular.

“Many people of African descent came to Western Canada in the late 1800s and early 1900s,” she said. “Most people are only aware of those who settled in Eastern Canada, especially those who came through the Underground Railroad. There is a rich history here that needs to be shared and told.”

Her grandfather, Lewis LaFayette, moved from Iowa to Regina in 1906, buying a home on or near Winnipeg Street. He moved his family out to their homestead in the Rosetown area near Fiske in 1911.

Her family also established connections with the Shiloh community near Maidstone: Two of her uncles, her dad's brothers, married women from the community.

“If you wanted a Black spouse, that was the only place you could go in Saskatchewan,” she said.

Speaking to the diversity of Black experiences on the Prairies, LaFayette-Boyd can't recall, unlike in Ware's life, direct experiences with racism when she lived in the Fiske area.

But she remembers how her aunt, working in the Rosetown bakery, was only permitted by the owner to “work in the back.”

LaFayette-Boyd traces her family lineage back to the mid-1700s in the United States, during the American Revolutionary War. She believes the paternal side of her family are descendants of the double-spy and freed slave, James Armistead Lafayette, who spied on the British while purporting to work for them.

Her, Foggo's, Ware's and Shiloh's histories, individual yet intersecting with each other, serve as a reminder of the diverse mix of experiences on the Prairies.

“I think it's very important for young Black people in particular, but also for all of us: This is history that should be and in my opinion is important to all of us,” Foggo said.