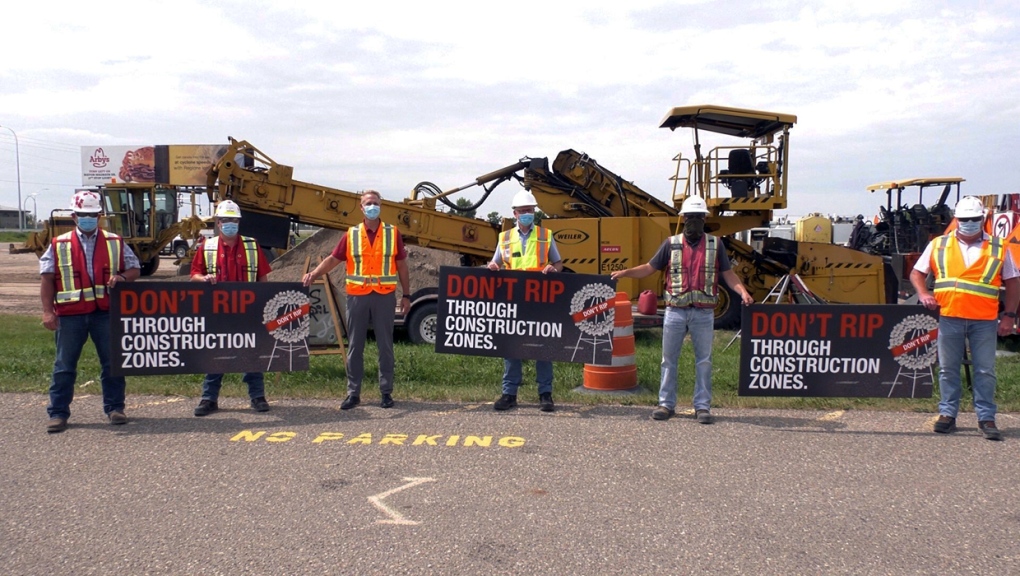 Lethbridge has revived its Don't RIP Through Construction Zones campaign this summer, to discourage speeders.

LETHBRIDGE, ALTA. -- It’s a usual part of the summer routine: adjusting your commute due to construction around town.

As part of the provincial government’s stimulus plan to invest in roads around Alberta this summer, Aecon Group has been awarded a nearly $10-million project in and around Lethbridge for work on Highway 4, 5 and 52.

The Alberta Roadbuilders and Heavy Construction Association, along with Lethbridge-East MLA Nathan Neudorf, held an event Thursday to spread the message ‘Don’t RIP Through Construction Zones’ as part of a revived campaign for 2020.

“This is really an important program to refresh in people’s minds that they need to slow down and pay attention to the signs that change the speed limit. Be aware of workers that are out there, they go home to their families every night too and we want to make sure they get there safe,” Neudorf said.

ARHCA CEO Ron Glen says their organization is happy to see the province acknowledging the crucial role the industry plays not only in stimulating the economy but also in ensuring highways are in good condition.

“Since the government’s significant investment means more crews on the road, we all need to do our part to make sure drivers and crews are safe. That’s what Don’t RIP Through Construction Zones signage is about.”

The bulk of the funds for the project will go towards manufacturing the asphalt, and installing guard rails and additional signage when the work is complete. 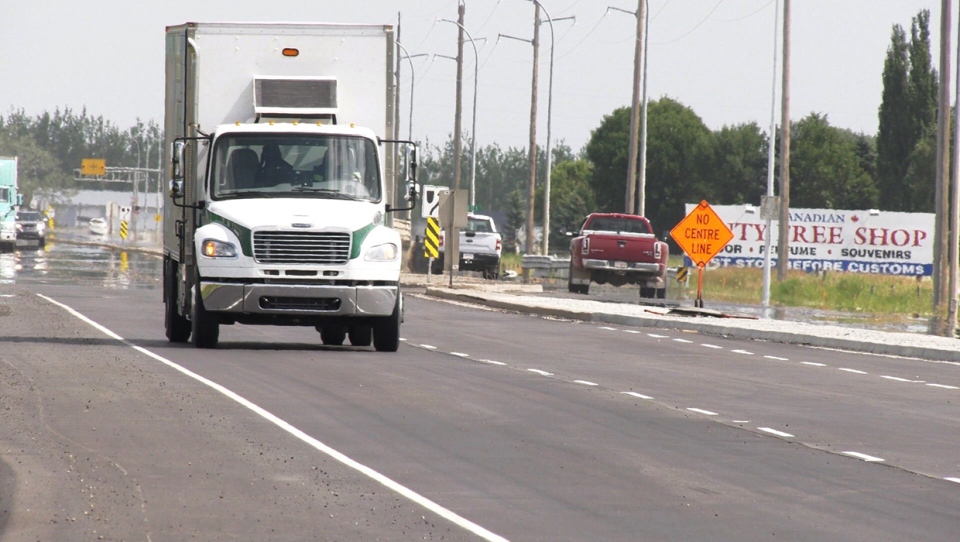 It’s a two-month-long project that’s already in progress, and while they haven’t had any collisions or incidents to this point, there have been some less than friendly comments directed towards flaggers on site.

“Our flag people are just trying to keep the public safe and sometimes they’re exposed to people who are very frustrated at having to slow down,” Glen explained.

“They can be quite angry towards the flag person, but don’t take it out on them. They’re just doing their job and trying to keep you and everybody safe.

Due to restrictions and worries about COVID-19, more people are having to vacation in the province, and that means a lot more drivers travelling on the roads.

The groups involved are happy to have the stimulus funds to be building more important infrastructure, but it can be a double-edged sword when having to deal with some individuals.

“People just have to be patient. We haven’t had any safety incidents that I can speak to but I know there has been some verbal abuse to some of the flaggers and these people are just doing their jobs,” Aecon Civil West Executive Lead Michael Derksen said.

“I also appreciate the fact that it’s 35 degrees out and you’re in stop-and-go traffic after making plans to get somewhere and then you’re held up by traffic. We all just need to work together.”

Workers recently finished the work on the Highway 4 section. They are in the process of mobilizing their equipment towards Highway 5 for the next stage, and then they’ll wrap up on Highway 52.

Officials say there are about five more weeks of work remaining before finishing up.