Drugs, guns and other prohibited weapons seized from property outside Medicine Hat 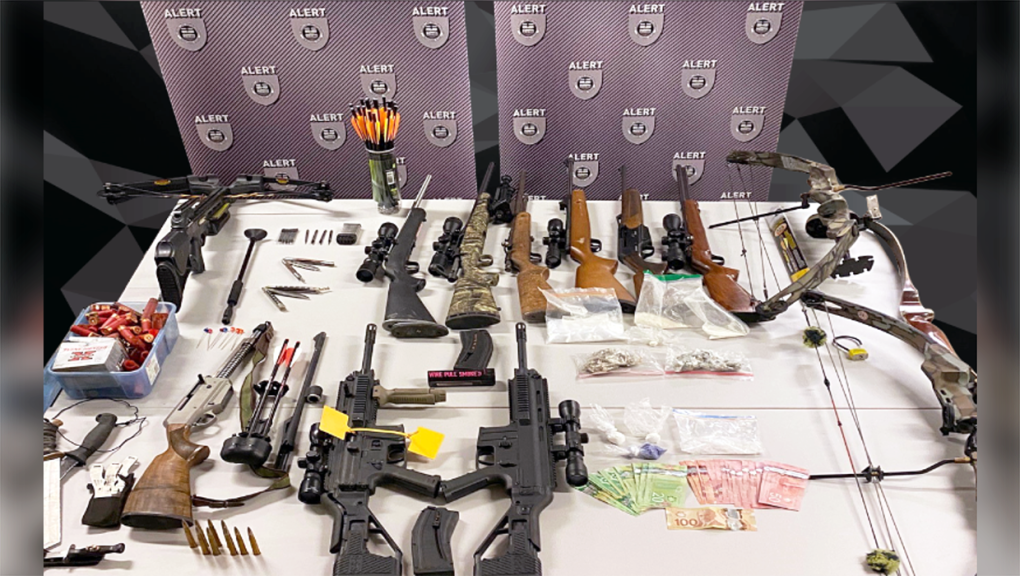 Police seized firearms, crossbows and approximately $21,000 worth of drugs and cash in a raid September 4

CALGARY -- Several firearms, crossbows and an estimated $21,000 worth of drugs and cash were seized following an investigation at a rural home in southern Alberta.

Items  seized on the property included: 80 grams of methamphetamine, 46 grams of cocaine, 20 grams of fentanyl, 31 grams of psilocybin mushrooms and $7,035 cash

ALERT seized nine firearms, three crossbows and several other weapons that were found.

McVittie and Memme were also charged with several breaches of recognizance offences from a previous ALERT investigation in May 2020.

Members of the public who suspect drug or gang activity in their community can contact their local police, or anonymously contact Calgary Crime Stoppers at 1-800-222-8477. Medicine Hat residents can also provide anonymous tips through the Medicine Hat Police Service app.