Duck deaths in Elliston Park the result of starvation and exposure 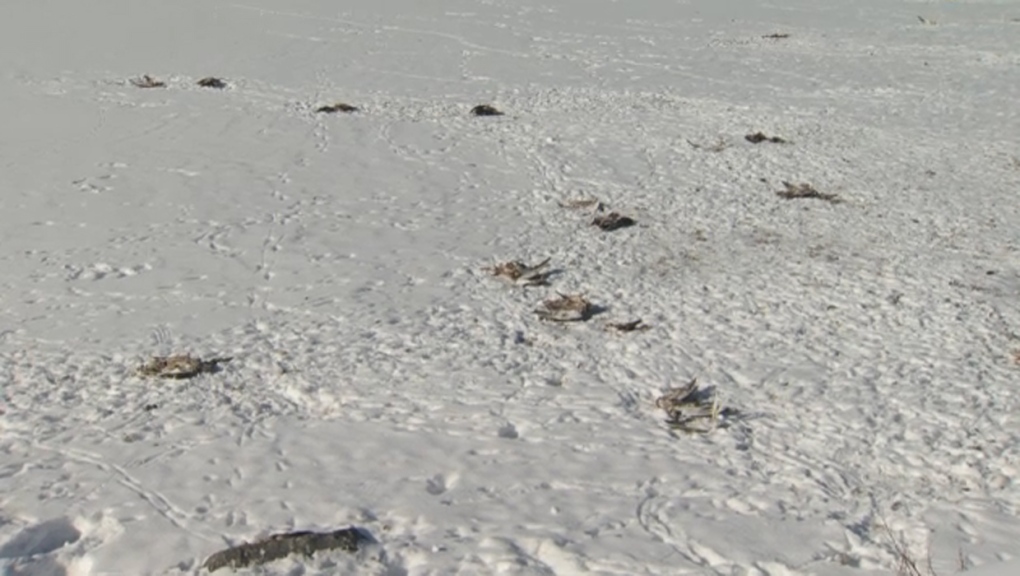 Alberta Environment and Parks officials confirm an investigation into the deaths of 56 mallard ducks and a Canada goose in a park in southeast Calgary has determined the birds had suffered from starvation and exposure.

The bird carcasses were located in a storm water retention pond in Elliston Park last week.

Necropsies conducted in partnership with the Canadian Wildlife Health Cooperative at the University of Calgary confirmed the ducks and Canada goose had starved and were exposed to the elements. Additional testing has been scheduled to rule out any other potential contributing factors.

“Waterfowl that overwinter in Calgary face many hardships during the winter including cold, reduced foraging opportunities and available open water habitat,” said Brett Boukall, a senior wildlife biologist with Alberta Environment and Parks – Bow District, in a statement released Tuesday. “Unfortunately, this can lead to increased mortality as what was observed at Elliston Park.”