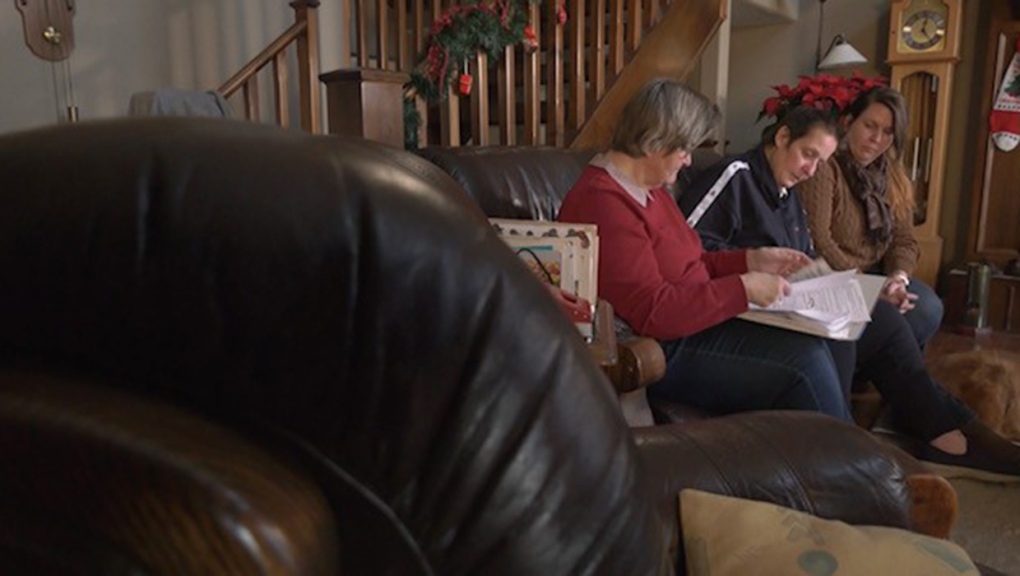 Alexandra Schrage, her mother and sister appear in Calgary in a December 2020 image. The family was struggling to pay off medical bills for Alexandra’s cancer treatment prior to her approval for permanent residency.

CALGARY -- A Calgary woman facing terminal cancer says Immigration, Refugees and Citizenship Canada has approved her permanent residency application and her Alberta health care coverage is on the verge of being reinstated.

Alexandra Schrage moved to Canada from the Netherlands in 2006 with visitor status and received a work permit two years later.

Her attempts to secure permanent residency were unsuccessful and she eventually lost her work permit, her job and her medical coverage through Alberta Health.

She received her cervical cancer diagnosis in April 2019 and the cancer has since been detected in her lymph nodes.

Schrage's parents — who moved to Canada in 2012 along with Schrage's sister and have been granted permanent residency — have paid more than $40,000 to cover her cancer treatments including chemotherapy but, as of December 2020, more than $20,000 in outstanding bills remained and the family's savings had been exhausted.

On Thursday, Schrage provided CTV News with a "happy update" on her situation.

The 42-year-old says she received an email from Immigration, Refugees and Citizenship Canada on Jan. 7 indicating her application had been approved, pending her submission of updated documents.

Schrage adds that her health care coverage with Alberta Health has also been approved and she will have "no more worries about medical bills in the future."

With files from CTV's Kathy Le