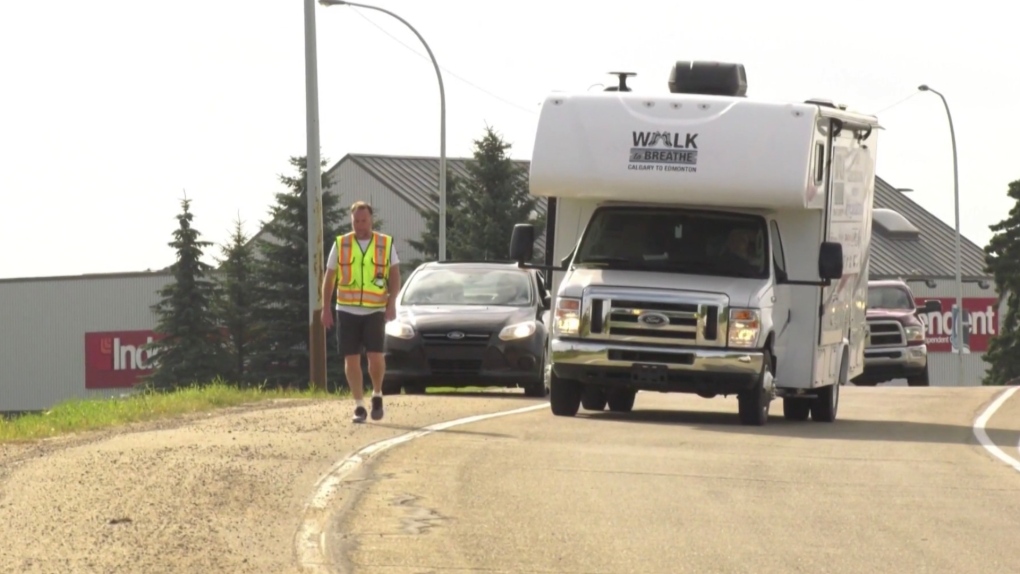 Chris Sadleir will walk 506 km from Lethbridge to Edmonton in support of the Lung Association of Alberta.

LETHBRIDGE -- Chris Sadleir is getting ready to walk from Lethbridge to his hometown of Edmonton to raise money and awareness in support of the Lung Association of Alberta and Northwest Territories.

It takes roughly five hours to drive from Lethbridge to Edmonton, but for Chris Sadleir, he's planning on tackling the journey over the course of 16 days.

That's because Sadleir won't be behind the wheel, instead, he'll be trucking along the 506 km path on his own, two feet to raise money for the Lung Association.

This will be the second straight year the 46-year-old will take on the 'Walk to Breathe' and he says, it's the least he can do.

Every 15 minutes, someone in Canada dies from lung disease and for Sadleir, this fundraising effort is personal.

Roughly six years ago, Sadleir's father was diagnosed with idiopathic pulmonary fibrosis (IPF), which is ultimately scarring of the lungs. 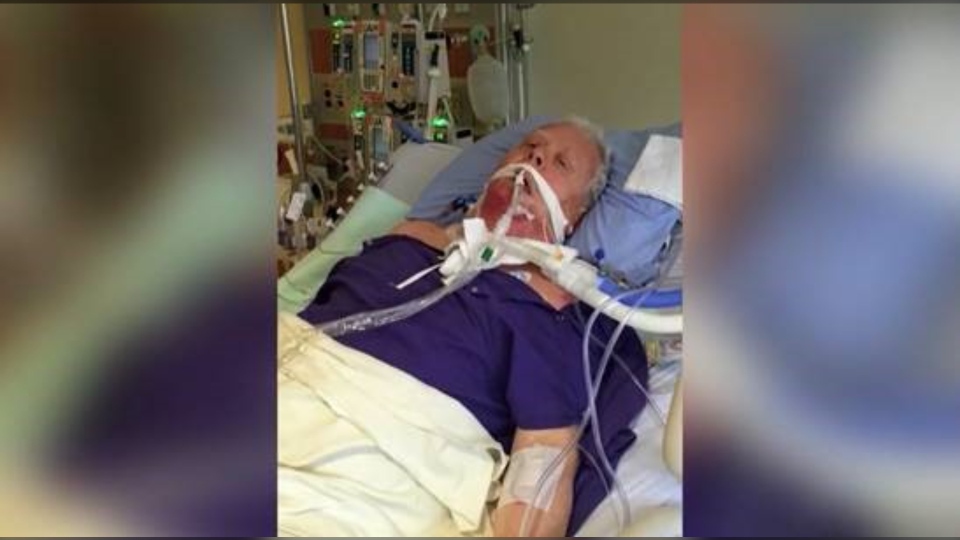 "My father is a five-year double lung transplant survivor, and a very dear member of our family lost his life due to respiratory complications in early March - they are the inspiration behind my walk this year," he said.

Sadleir's parents were with him every step of the way last year, following along in an RV as he walked from Calgary to Edmonton raising $33,000 for the Lung Association.

That total far surpassed his goal of $22,000 and he's hoping that this year yields a similar result.

But for the upcoming effort, Sadleir's taking on an additional 200 km and elevating the fundraising goal to $50,000.

"The impact that he has and that his family has is incredible. These are some of the nicest, kindest people I've ever had the privilege of meeting and to have them in our corner is truly inspirational," said Fund Development and Volunteer Coordinator for the Lung Association, Jennifer Hutchinson.

Unfortunately, the COVID-19 pandemic has substantially slowed down the number of donations the Lung Association has received in the past year.

Sadleir said it's important to highlight just how far-reaching the effects of lung disease are and that it's not just long-time smokers and elderly people who face lung ailments.

"It's young babies and young children dealing with asthma, kids who can't go to the park and run around because they struggle to breathe. You can also get lung cancer without ever having smoked in your life," he said.

The 16-day expedition kicks off in Lethbridge on July 7th and wraps up in Edmonton on July 23rd, which is exactly five years to the day from when his father received his double lung transplant.

Sadleir said he feels incredibly thankful to be able to take on the Walk to Breathe fundraiser for a second straight year.

He says that none of it would be possible without sponsors like House of Cars, who is helping to cover some of the expenses, to ensure as much of the donated money goes directly to the Lung Association as possible.