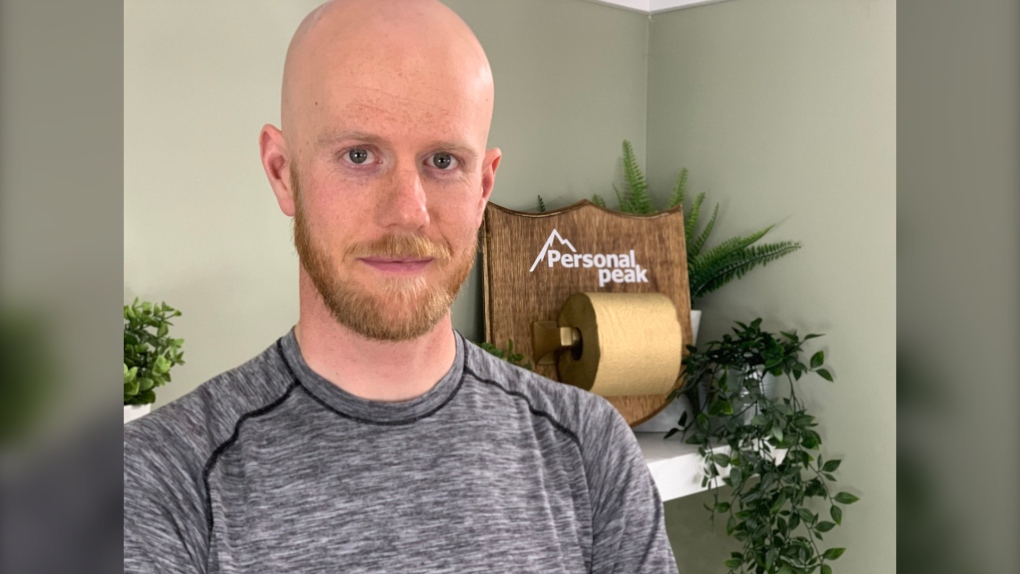 CALGARY -- "We regret to inform you that your event will not take place as planned."

"Stay tuned for an update."

Those are just some of the messages marathon runners across the planet had been dreading, and have come to expect, since the COVID-19 pandemic delayed the start of thousands of races.

The news has been difficult for athletes who set monumental training goals for 2020, but an online running coach in Calgary is giving racers aroung the globe an event that’s impossible to cancel.

The free event — done entirely in self-isolation —allows runners to livestream themselves completing a 6.71-kilometre run every hour until they give up.

"This gives people of all physical abilities a chance to still race, use their fitness, and come together as a running community on the world stage when they can’t physically be there with others," explained Schiller-Brown.

"I'm calling you out"

Okotoks, Alta. ultramarathoner Dave Proctor was scheduled to attempt to break the TransCanadian speed record this year by running across the country — from St. John’s, Nfld. to Victoria, B.C. — in 65 days or less.

The effort was in support of his 10-year-old son Sam who suffers from a rare genetic disease. 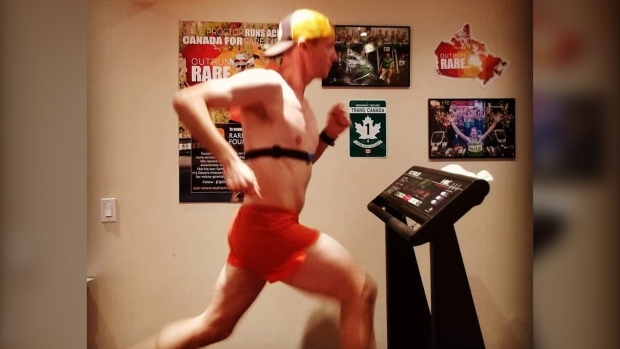 Unfortunately, the run was postponed until 2021 due to the COVID-19 outbreak.

"The whole point of my race was to support families with rare diseases and a lot of these families are sadly the ones that are compromised and vulnerable that you don’t want getting sick," said Proctor.

"So having a public event in support of those people made no sense — we didn’t want to put anyone else at risk so it was an easy logistical decision."

As an athlete who'd been training for the last couple of years, the decision was a tough pill to swallow.

Proctor had been training  to run across Canada ever since his last attempt, in July of 2018, ended 2,415 kilometres in due to a herniated lumbar disc.

"This attempt has been the only thing on my mind. It’s never been a question of ‘if’ I’m going to do this."

The postponement prompted the 24-hour, 48-hour and 72-hour Canadian distance running record holder to challenge some of the world’s best elite runners to a race in complete self-isolation.

"I wrote a mass email to all of them and I let them see each other’s names because I wanted them to know that I was challenging every single one of them — I’m calling you out," Proctor said. "I said, 'I guarantee none of you are racing and I guarantee that it’s broke your heart like it’s broke mine too, so we’re all in the same boat'."

Within just an hour, the mass email received multiple responses.

Stephanie Gillis-Paulgaard, communications director for the Quarantine Backyard Ultra, says the best-of-the-best racers from around the world have signed up to compete in the race.

"From Australia to Iceland to Hong Kong, it’s been really cool to see this event have some ‘legs’ to it — no pun intended,"  she laughed. "The elites bring a level of excitement and entertainment value to those watching online, but we also wanted to focus on making this race accessible to everyone even if you’re running just one single lap."

More than 300 athletes have signed up so far from 29 countries.

Some elite runners in the field include:

Schiller-Brown thinks the race could go on for a considerable amount of time, in what’s being pegged as the most competitive field of ultramarathon runners in history.

"The longest backyard run ever was 68 hours I believe, and that was on a pretty challenging course," said Schiller-Brown. "So people can find a really flat loop by their house if they’re running outside or do the entire event on a treadmill — I think it’s going to go probably 72 hours or more."

The race kicks off at 7 a.m. MT on Saturday, April 4 led by honourary race director Lazarus Lake of the famous Barkley Marathons. 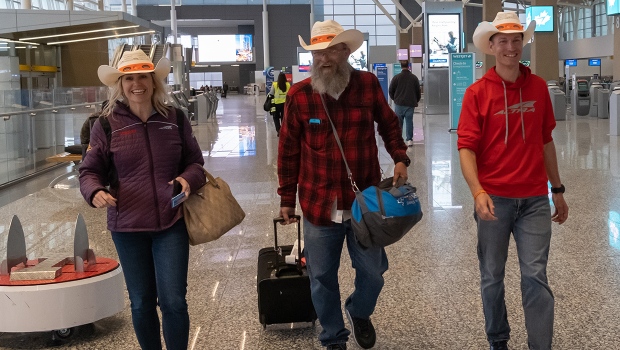 All runners will connect to the event via Zoom video call using a smartphone or a computer web cam in order to monitor their progress. Groups of runners will be placed into certain livestreams based on their physical fitness level, with the entire event broadcast live on YouTube.

Athletes can choose between running on a treadmill or on a route that starts and finishes at their home.

Whether running indoors or outdoors, all racers must point their camera at their GPS watch, smartphone or treadmill to prove they’ve ran the required 6.71-kilometre distance every single hour.

Once runners complete the required distance, they can relax until the next lap begins at the top of every hour.

Schiller-Brown says the last person running is crowned the winner of — you guessed it — a hand crafted plaque with a golden roll of toilet paper. He jokingly refers to the plaque as the "the world’s most coveted prize!"

Gillis-Paulgaard notes that the health and safety of the athletes is the race’s number one priority.

"Running, especially at a high intensity for exorbitantly long distances is known to make you susceptible to illness so all we can hope is that people abide by the recommendations our health care experts have put in place," said Gillis-Paulgaard.

"If people aren’t looking well on the video streams, were also asking that other runners flag that and our team will be monitoring throughout as well.

Participating athlete are encouraged to sit out if they are feeling sick or have been sick within the last 14 days.

Racers are advised to have enough food and supplies on hand for the run and recovery period, to limit the number of people around them, and to not invite others to spectate in person.

Schiller-Brown wants people to remember this is just for fun.

"We do not want this event to add any unnecessary burdens to the medical system, although you will be in the best position to decide if you need medical attention for any reason."

CTVNews.ca is introducing a new series of uplifting stories as the world grapples with the COVID-19 pandemic.

Share your tips for stories that provide “a bright side” of a dark time by emailing us at dotcom@ctv.ca.

Please include your full name, city, and a phone number or email where we can reach you.

Email us by clicking here.