Enbridge will continue operating Line 5 until a court stops them

CALGARY -- It’s nearly 70 years old and has been carrying crude from Western Canada, through the U.S., to Eastern Canada but one U.S. governor wants that halted.

Michigan Gov. Gretchen Whitmer told Calgary-based Enbridge to shut down operations on Line 5 as of May 12.

That has not happened because the company says the state doesn't have the authority.

"We will not stop operating the pipeline unless we are ordered by a court or our regulator to do so, which we view as highly unlikely," a statement from Enbridge read on Monday.

“Line 5 is operating safely, reliably and is in compliance with the law."

Whitmer cited possible concerns around safety and potential spills into the Great Lakes, around the straights of Mackinac region, where the pipeline runs through.

“You’re definitely causing a crisis in an attempt to maybe alleviate another crisis that may or may not occur,” said energy analyst Rory Johnston.

Canada’s Natural Resources Minister Seamus O’Regan supports Enbridge and its right to operate, citing a treaty signed by the U.S. and Canada in 1977.

“If you start shipping oil in one part of Canada and you got to cut through the states to another part of Canada, that is protected and no state or province can intervene,” he said on Wednesday.

But if the pipeline were to halt operation, he says it would have an immediate impact on Canada and Alberta.

“It would be messy, it would be expensive,” said O’Regan.

“For the upstream, it’s over half a million barrels per day of capacity,” he said.

“In the absence of that, those transfers, that volume that is moving, will be disrupted and some of it would have to find alternate modes of transportation routes to markets. Some of those could be more expensive.”

Alternate modes would include rail or transport trucks moving through cities like Toronto and longer wait times at the border according to O’Regan.

“This pipeline is really a leg of a connector,” he said.

“It connects both ends of the pipe. I think it’s important people remember that its just like a straw. In one end you put stuff in and the other end get it out.” 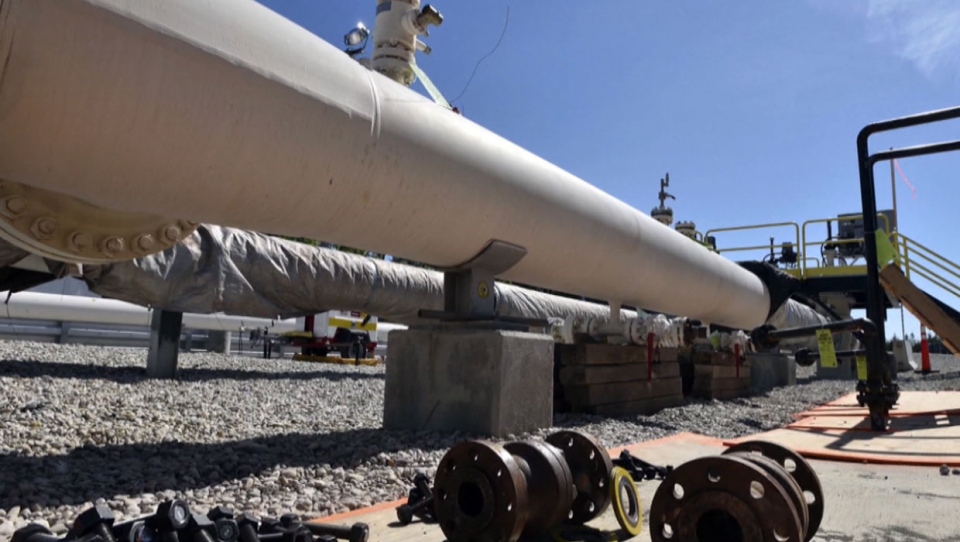 PROVINCE 'PLEASED' WITH OTTAWA ON ISSUE

The Alberta government agrees about the negative consequences of shutting Line 5 down and is glad the federal government is in their corner.

"Energy producers, and the hard-working Albertans and Canadians they employ, have dealt with a number of challenging years and the uncertainty with Line 5 is not helpful. But what is the most concerning to us in Alberta – as it should be for everyone – is the dangerous precedent that a shutdown of a safely operating pipeline would set for future oil and gas infrastructure projects," said Energy Minister Sonya Savage in a statement.

Savage says the UCP government will work with elected officials in both Canada and the U.S. to ensure they know pipelines are safe.

"When it comes to the responsible production and transportation of our natural resources, I truly believe, as Canadians, we are more aligned than we are divided."

Despite that statement Alberta's opposition says Kenney needs to take a firmer stance over the issue.

"The situation with Line 5 in Michigan is reaching a critical moment," said Alberta NDP leader Rachel Notley in a statement. "Historically, Alberta has been a leading voice - both nationally and internationally - on matters of energy policy and diplomacy.

"The working people of this province, and our broader economy, depend on the success of our energy industry. Albertans are asking why the current premier is nowhere to be seen at this critical moment."

A local Detroit news reporter spoke to CTV News about what the impacts residents in the affected area are feeling.

Leonard Fleming says he has spoken to some residents in favour of its continued operation but many who want the pipeline shut down, citing they did not know it had existed in the first place.

“A lot of the people that moved up there in the last 10 to 15 years, they were not told there was a pipeline in the water,” said Fleming.

“Either (it) leak(s) underground near their property but primarily in the straits and that's based on what they’ve heard of the age of the pipeline.” 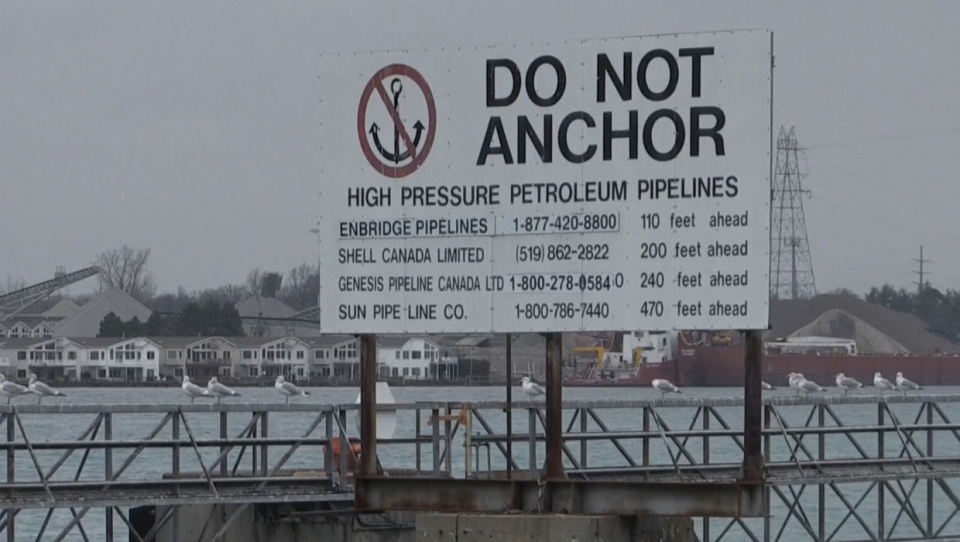 Enbridge insists the pipeline is safe, and has already received the state's approval for a $500-million effort to dig a tunnel beneath the straits that would house the line's twin pipes and protect them from anchor strikes.