Family of man gunned down in northeast alley speaks out 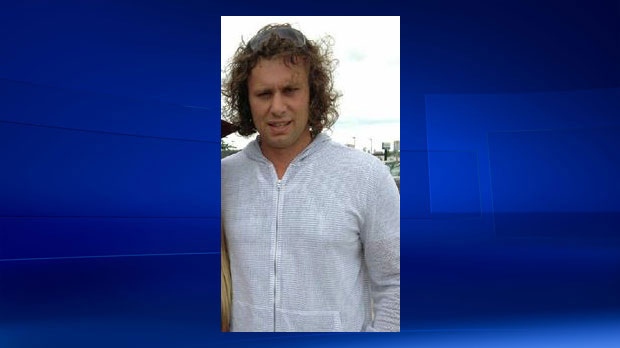 The family of a man who was shot to death in the alley behind his home back in October is pleading for information that could help police make an arrest in the homicide.

Jason Quinn Antonio, 39, was leaving his home when he was gunned down in the alley. He was transported to hospital where he was pronounced dead.

Police say the attack was targeted and a suspect has not yet been identified.

The investigation continues and police say they have no new information to release on the case at this time.

Antonio’s family issued a statement on Thursday, pleading for information on his death.

“The way I knew my dad was special.

Only very few people got to know the real him. He was so original.

Me, being his daughter, feel like my heart is broken because I won’t get to have my dad there for the rest of my life or even another day.

Let alone people that think they knew or have heard about him, he was a kind hearted man and no one, and no one’s family deserves this.

If anyone has any information on what happened to my dad, Jason Antonio, please come forward because he did have a family that he was taken from too early.

Statement released on behalf of the mother of homicide victim Jason Quinn Antonio.

“I am asking the public’s assistance for my son Jason Quinn Antonio: For any information on his brutal attack.

In the early morning of Oct. 4th 2014 on this warm Saturday morning my precious son and father was brutally shot numerous times while leaving his home in the alley located at 311 Monora Road N.E. His life was taken this morning the person or person’s had no regard for the safety of other’s as the cold blooded killer aimlessly fired multiple bullets throughout this area in which several shots penetrated his body fatally ending his young life of 39 years.

As a mother, plea for justice is asked to help bring this coward to face justice.

My son would have celebrated his 40th birthday on the 9th of Nov. But his family grieved his death. He was a generous soul that would give to anyone in need. He had many friends that he helped when asked and did not question why. His sincere warm smile and kind eyes penetrated the ears of many.

I as his mother must hold hope that someone out there has information that will assist in finding the person or people responsible as this predator is on the loose.

There is not a day a hour that goes by that I do not feel the pain of my son’s brutal attack. I know he is with me, in spirit, but I try to face the reality of never seeing his physical body walk through my door. He was a man of integrity and loved animals. Loved the simple things in life and respected those for who they were.

I wish to thank anyone in advance that may had seen anyone running in the area that morning or lurking behind a tree, a fence, a car running or squealing away. Any conversation, any talk in coffee shops, bars. If any articles that may have been found in that area.

The Trans Canada mall is just a few blocks from the home in which he lived, located on 52 Street just south of Highway 1 or 16th Ave. Merchants of this mall may have seen, heard or found something that may assist with the investigation.

Once again thank you all for any information that can help bring justice to my precious son and father.

I give my sincere thanks to the people who have already come forward with their helpful information on this horrific assault and crime.

Thank you for my,

Police are asking anyone with information to contact them at 403-266-1234, the Homicide Unit Tip Line at 403-428-8877 or Crime Stoppers anonymously using any of the following methods: