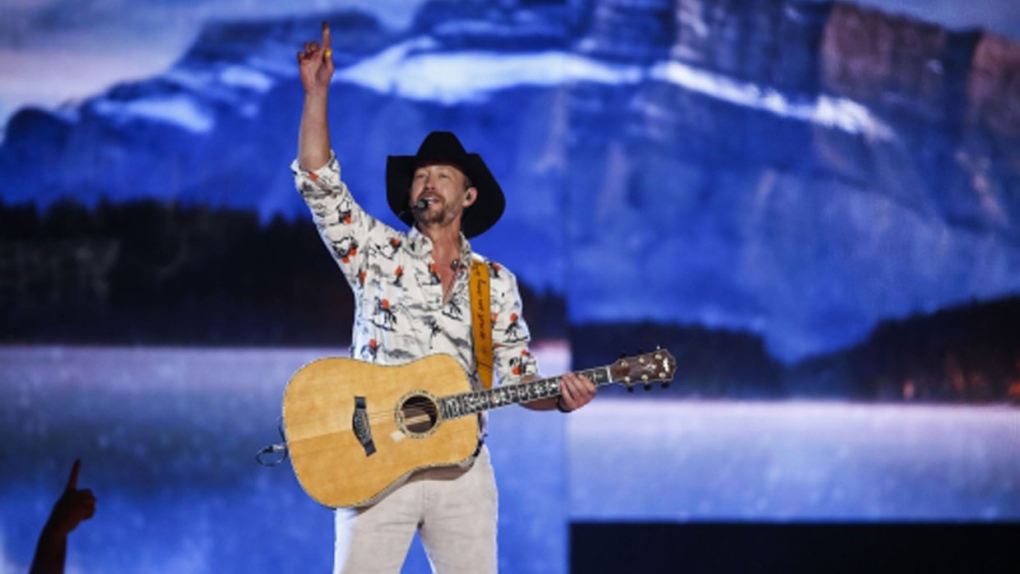 CALGARY -- Paul Brandt says he knew he would devote his life to fighting human trafficking when, several years ago, he looked into the eyes of a five-year-old Cambodian girl who was being sold for sex between six and eight times a night.

“All I could see were my kids,” the Calgary-born country singer said in an interview after he was chosen this past week to lead Alberta's new committee against human trafficking.

He said he wanted to be able to tell his son and daughter that he had done something about it.

“I felt a real sense of personal responsibility.”

Brandt returned from the southeast Asia trip, which had been hosted by an anti-trafficking group, and set about educating himself. He learned the crime is one of the fastest-growing in Canada and he has since met young survivors born here and exploited here.

In 2017, Brandt and his wife, Liz, founded Not in My City, an organization meant to raise awareness and bring together groups already working to fight human trade. It has teamed up with police forces and airports.

He says his spouse of 23 years has been a good counterbalance in their advocacy work.

“She's very binary in her approach and can be kind of non-emotional sometimes and I tease her about that,” he says. “And then she teases me about how I cry at the drop of a hat and I'm this sensitive poet guy.”

The Brandts live in the Rocky Mountain foothills west of Calgary with their son Joseph, 12, and daughter Lily, 9.

The 47-year-old admits human trafficking is an uncomfortable topic and he often feels like he's launching an “information grenade” during speaking engagements.

But the crime thrives in darkness, he says, and the pit-in-the-stomach feeling that makes people want to look away is exactly what traffickers want.

Brandt was a registered nurse at the Alberta Children's Hospital in Calgary before he released his debut album “Calm Before the Storm” in 1996. He went on to become the most-awarded Canadian male country artist.

He said his experience with vulnerable children, whether they were being treated for cancer or injuries from abuse, helped prepare him for the emotional toll of his advocacy work.

Nursing also wired his brain to be nimble, as treatments and care practices are always changing. “When you become a registered nurse, you learn how to learn.”

Bonnie Johnston was a director at the children's hospital just as Brandt got his big break in Nashville.

The two never crossed paths at the time, but she had heard about the nurse who would walk around the wards singing and playing guitar.

Johnston, also a nurse by training, joined Not in My City as a co-executive director after several years leading child welfare and advocacy organizations.

“I have to be on my toes on any given day to keep up with Paul Brandt,” she says.

She said her colleague always comes to meetings armed with research and tough questions, and the committee's inaugural sessions were no exception.

It is to provide advice on how to support survivors, implement the United Conservative government's promised human-trafficking plan and lobby other orders of government to chip in.

“I understand that government committees are often wallpaper. I'm making the promise that this one won't be,” says Brandt, who adds that recommendations will be based on data and feedback from survivors and front-line workers.

He's not dwelling on social media digs questioning what a celebrity has to contribute to such a weighty issue.

“If I wasn't comfortable with critics, I'd probably be curled up in a ball in my bedroom right now.”

Kate Quinn, executive director of the Centre to End All Sexual Exploitation in Edmonton, says it's helpful to have someone so high profile leading the task force.

“He will reach a whole different audience, say, than someone like myself,” she says.

“When we're dealing with something so broad and far-reaching as human trafficking, we need everybody, and Paul's going to bring new people, raise awareness among Albertans.”

This report by The Canadian Press was first published May 24, 2020