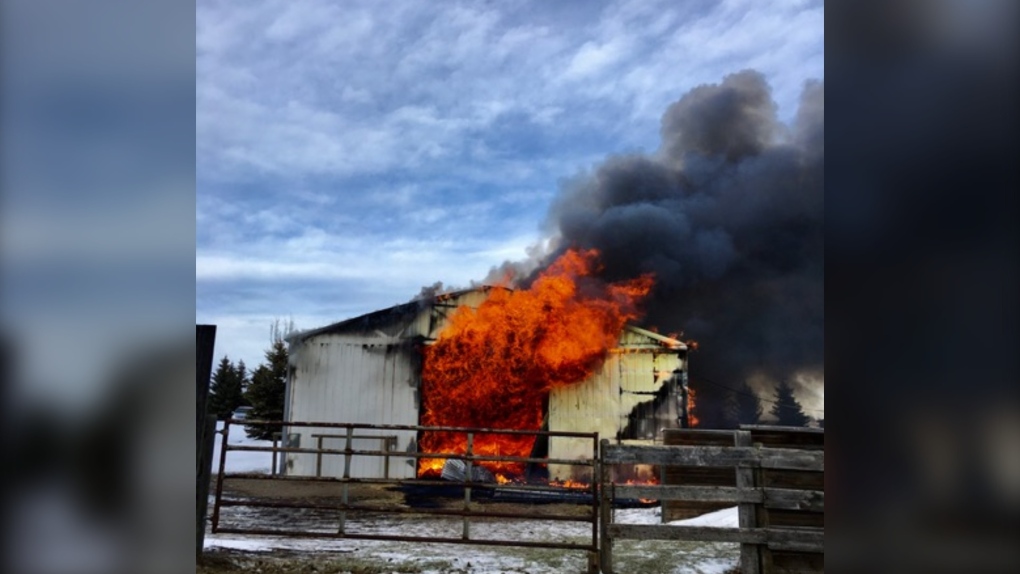 A barn engulfed in flames at Rein Forth Equine near Carstairs on Jan. 19, 2020 (supplied)

Jules Rainforth, the owner of Rein Forth Equine near Carstairs, was in Lake Louise Sunday when a neighbour spotted smoke and flames emanating from her barn and called 911. Members of the Carstairs Fire Department were deployed to the scene and extinguished the blaze before it could spread to neighbouring buildings on the property including a home.

The neighbour notified Rainforth of the fire and she returned to discover that the majority of her animals had survived. Rainforth confirms to CTV News Calgary that her eight horses, a miniature pony, two miniature donkeys, two dogs and chickens were unharmed but she lost two bunnies to the fire.

The fire devastated the barn and its contents including:

The equine therapy centre's horses provide comfort people with social, emotional or mental health needs and now the community is coming together to help the ranch in its time of need.

In her social media posts, Rainforth says she has been overwhelmed by the support she's been receiving and is grateful for the return of warm weather.

A GoFundMe campaign has been created to help Rainforth and Rein Forth Equine.

An investigation into the cause of the fire is underway.