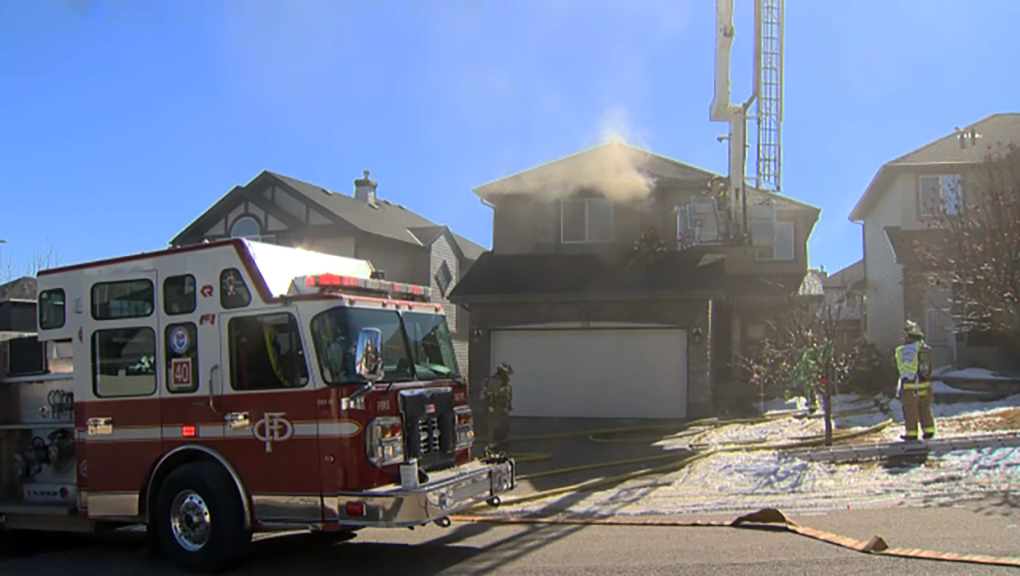 It is believed a fire at a home in Kincora started in the basement.

A home in the city’s northwest sustained significant damage in a fire on Wednesday morning and a fire investigator is working to determine a cause.

Emergency crews were called to a home along Kincora Park N.W. at about 11:50 a.m. for reports of a fire.

A neighbor saw smoke coming from the basement window of the home and called 911.

“When fire crews arrived, flames and heavy smoke showing from the home. They were able to do a search, nobody was found inside but we understand that a family of three lives there,” said Carol Henke, Public Information Officer, Calgary Fire Department.

Fire officials believe the fire started in the basement of the home and crews were able to get it under control in about an hour.

Nearby homes were evacuated as a precaution.

“There is significant damage to the basement. There’s structural issues with the main floor and smoke damage throughout the home,” Henke said. “There’s no damage to neighbouring homes, other than some smoke getting in the windows perhaps, if windows were open, but other than that no heat or fire damage to any neighbouring structures.”

No one was in the home at the time and no injuries were reported.

“The structure, the main floor was compromised so it made it more challenging for fire crews to get in and fight the fire as well as do a thorough search, however fire crews are confident that there was nobody inside at the time of the fire,” said Henke.

Crews are monitoring for hot spots and the cause of the fire is under investigation.