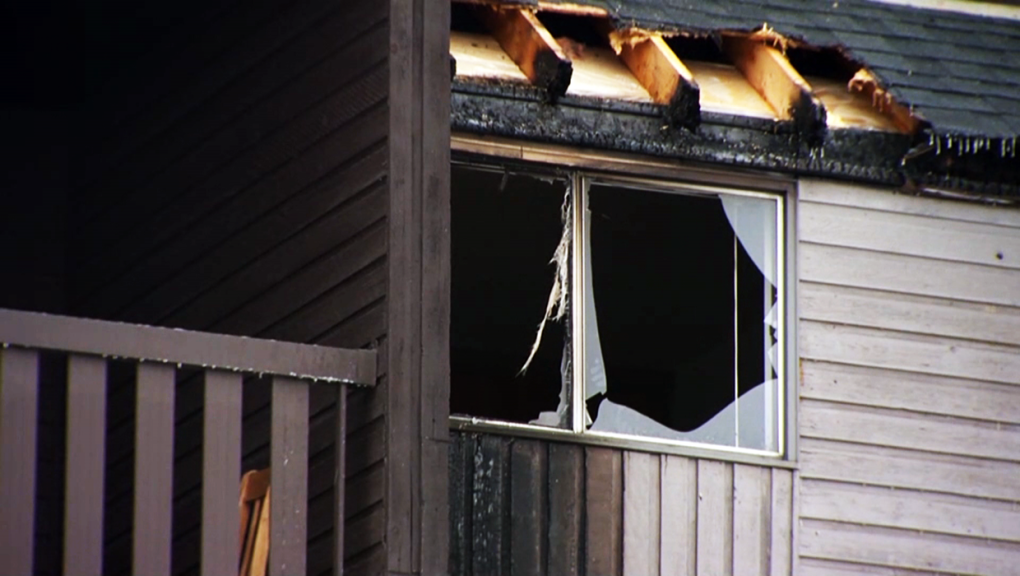 CALGARY -- An apartment suite in the southeast neighbourhood of Dover suffered significant damage when a fire tore through it Thursday afternoon.

Fire crews responded to multiple 911 calls around 3 p.m. Thursday, reporting smoke coming from a suite in a building on Doverglen Crescent S.E. Arriving crews discovered a suite on fire, with flames spreading to other units overhead.

Using ladders and an aerial to access the building from outside, fire crews were able to quickly get the fire under control. All 98 units in the building were completely evacuated of approximately 200 residents.

No injuries were reported. City buses were brought to the scene to provide shelter for the evacuees, with twice the usual number of buses in use to respect the requirement for social distancing.

If anyone has photos, video or information, especially prior to when the fire department arrived on scene, please email the fire investigator at piofire@calgary.ca

The original version of this story incorrectly indicated the fire occurred at an apartment building on Douglasglen Cres. S.E.