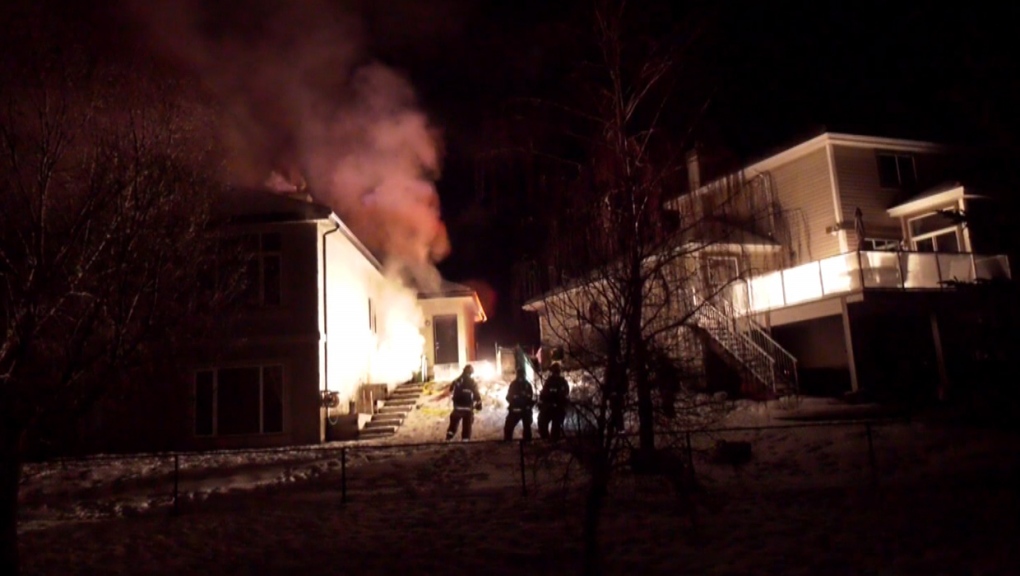 The fire department responded to a call just before 8 p.m.following reports of a stubborn fire causing a lot of black smoke and low flame burning at 323 Mount Douglas Court in southeast Calgary.

Two people were home in the basement, smelled smoke and were able to get out unharmed, along with their pet fish.

It's believed the fire started as a result of the boiler/floor heating system in the house. Initial investigation suggests there was a leak in the system, which sparked the fire.

The home belonged to a recent University of Calgary graduate and her four-year-old son, who have started a GoFundMe page to help replace their belongings, which were destroyed in the fire.