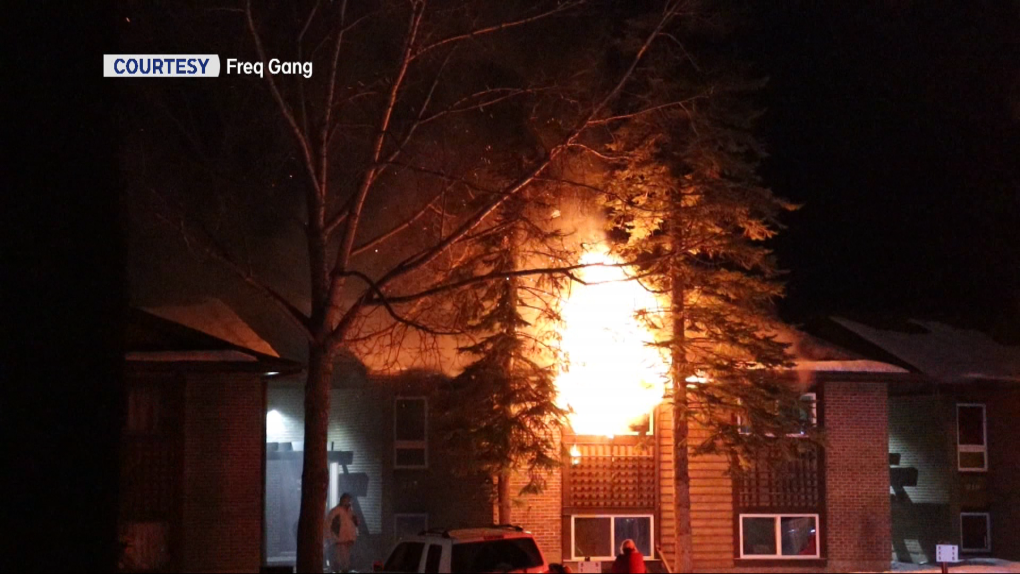 Crews responded around 8:30 p.m. to a multi-family complex on Woodridge Drive S.W., in the community of Woodlands, where they encountered heavy smoke and flames pouring from a second-storey window.

Firefighters initially attacked the blaze from outside the building before entering and extinguishing the fire before it could spread to other units.

Four people evacuated the burning building prior to the arrival of fire crews. According to Calgary Fire Department officials, the residents were alerted to the fire by working smoke alarms. The four were assessed on scene by EMS.

An investigation is underway into the cause of the fire.