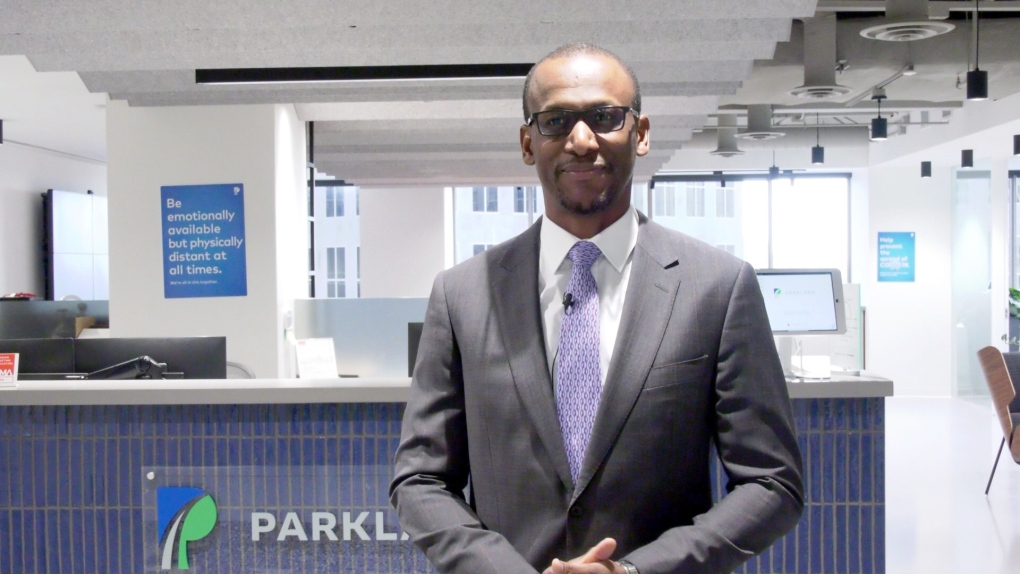 Kene Ilochonwu – a legal counsel with Parkland Corporation — is the first Black person elected to the Law Society of Alberta.

CALGARY -- The first Black bencher has been elected to the Law Society of Alberta.

Kene Ilochonwu — a legal counsel with Parkland Corporation — says he didn’t even realize he was going to be the first.

"Once I won the election I got all these congratulatory messages from the minister of justice and my friends and family worldwide," he said.

It has been 113 years since the Law Society of Alberta was formed and Ilochonwu recognizes the importance of being elected to the bench.

“Being the first Black person being elected shows that we are moving forward," he said. "It shows that the law society and lawyers in Alberta have created this environment to make it possible."

The law society board is made up of 24 members, known as benchers. Twenty are lawyers, elected by the profession, and four are members of the public, appointed by the minister of justice.

Being from Nigeria, Ilochonwu says he brings a different way of thinking to the position.

"I’m an internationally trained lawyer,” he said. “I’ve never studied in Canada, so I bring that diversity of thought I like to call it, I bring a diversity of opinion, when you have only people that look or sound or think like you, decisions would not be wide enough.”

Ilochonwu obtained his law degree from Abia State University in 1997 and licensure from the Nigerian Law School Abuja in 2000. He obtained a Master of Law degree in information technology and telecommunications law from the University of Strathclyde Glasgow, Scotland in 2004.

Ilochonwu says he is grateful he was elected but this is just the beginning.

“It is very important, I am here to stay, I’m not going anywhere so as long as I am here as a lawyer I would like to see a lot more representation," he said.

"A lot more diversity of opinion and diversity of thoughts at the bench. It's just the beginning of good things to come."