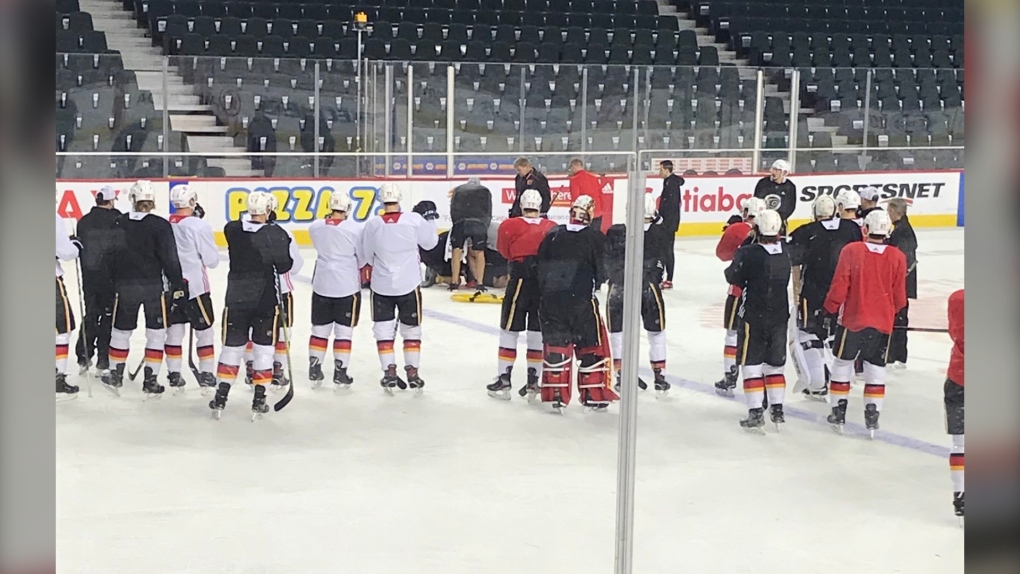 Flames staff and emergency crews attend to TJ Brodie during Flames' practice on Nov. 14 after the defenceman fell to the ice and began to convulse

CALGARY – The Calgary Flames confirm defenceman TJ Brodie has resumed off-ice workouts and has skated under his own power one week after a terrifying incident during practice.

Brodie was removed from the ice at the Saddledome on a stretcher on Nov. 14 after he fell to the ice and began to seize during practice. The 29-year-old was transported to hospital by ambulance where he underwent a battery of tests,

"TJ has been working out for the past several days and today skated on his own under the supervision of our medical staff," said Treliving. "Over this past week he has had consultations with appropriate specialists in Calgary.

"To date all medical evaluations and testing have been reassuring. We still work to complete final testing and are optimistic he will re-join the team in the near future."

The team has placed Brodie on injured reserve retroactive to Nov. 14.