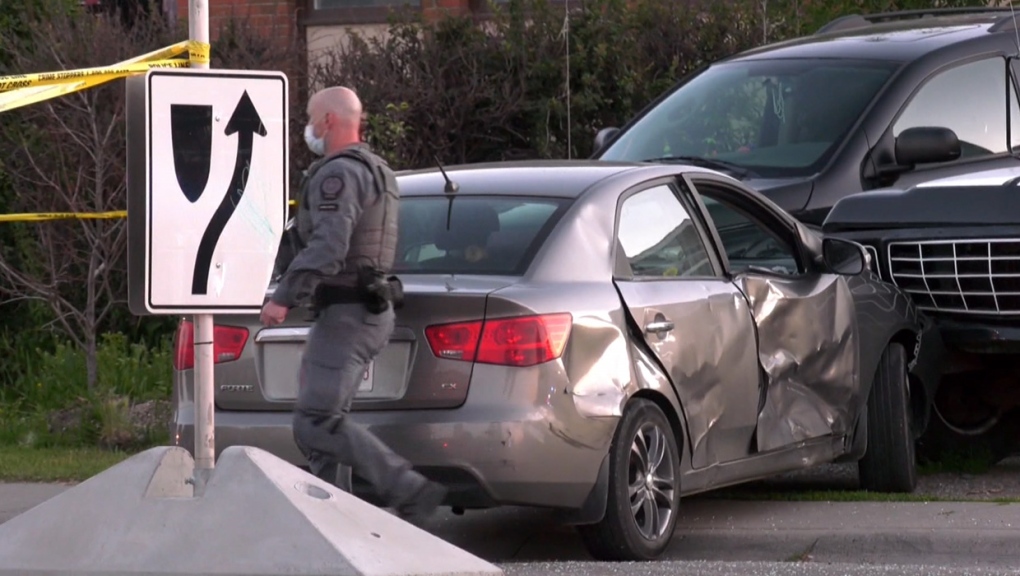 A CPS member and police tape near a sedan with a significant dent on the passenger side following a July 14 crash at the intersection of 47th St and 19th Ave S.E.

CALGARY -- A Tuesday evening collision involving a motorcycle and a car in a southeast neighbourhood sent two people to hospital.

Emergency crews responded to the intersection of 47th Street and 19th Avenue S.E. shortly before 9 p.m. after the two vehicles collided.

The impact of the collision left a significant dent in the passenger door of the sedan.

The two people on the motorcycle suffered serious injuries and were transported by ambulance to hospital. EMS officials confirm the motorcyclist, an adult male, was transported to the Foothills Medical Centre and his passenger, a female youth, was taken to the Alberta Children's Hospital.

No other injuries have been reported.

Police continue to investigate the crash. 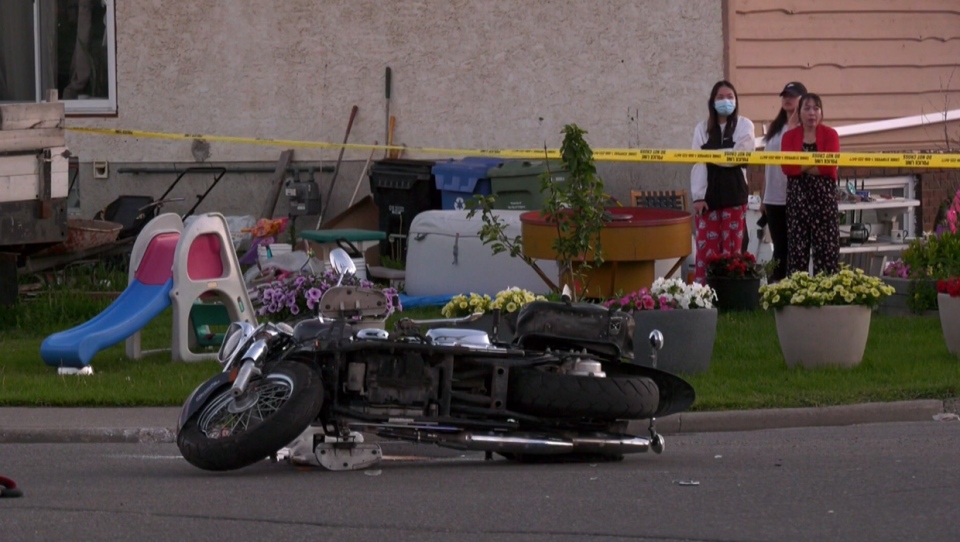