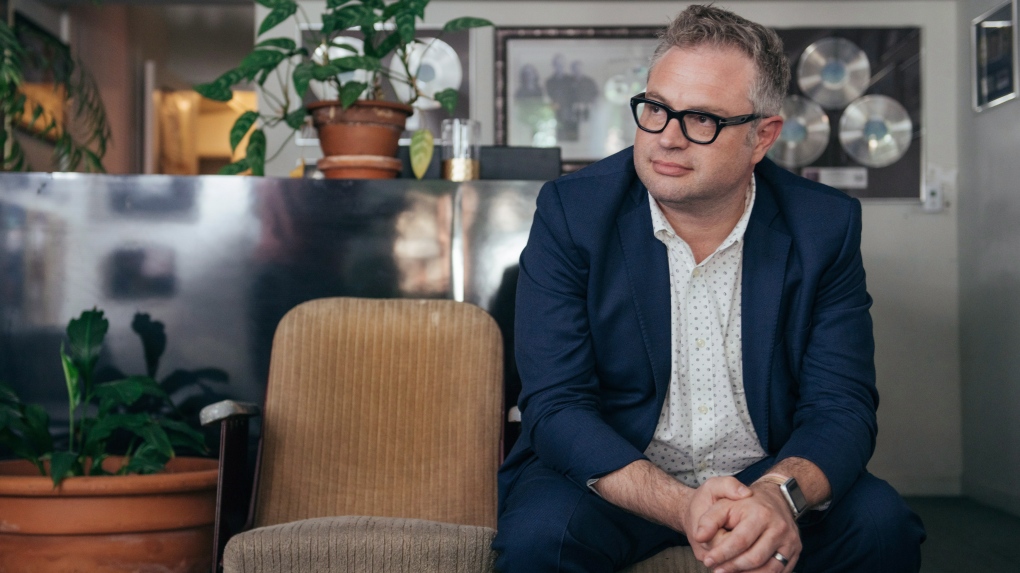 Steven Page is in Calgary Friday and Saturday for back-to-back performances at the National Music Centre.

The 48-year-old is performing as part of a trio. He’ll be joined by guitarist Craig Northey and cellist Kevin Fox.

“Even though it’s a trio, and it sounds very adult and sophisticated and jazzy. We rock out like a band,” said Page Friday on CTV Calgary News at Noon.

Since leaving the band, he has released three solo albums.

Page said many of his newer songs have political messages. In particular, his 2018 release “White Noise” focuses on the white-supremacist movement across the world.

“Obviously (U.S. President Donald) Trump doesn’t do anything to quell that,” he said. “I’m afraid it’s definitely already present here in Canada. We’re seeing how the politics are shifting. We are creating this sense where it’s us against them. I think it’s the wrong way to look at living.”

Beyond politics, Page said his other passion is mental health advocacy. The singer said he lives with anxiety and depression, which he called a “daily struggle.”

“I have been speaking with groups, anything from students to mental health care providers and people who are suffering themselves, about my story,” said Page.

While it’s easy to forget about his anxiety and depression on good days, Page said it’s important to take his mental health seriously. Over the years, he said he has learned how to care for himself, but it remains a battle.

“It’s pretty easy to fall out of a mental health regime,” he said, “but it’s so important.”