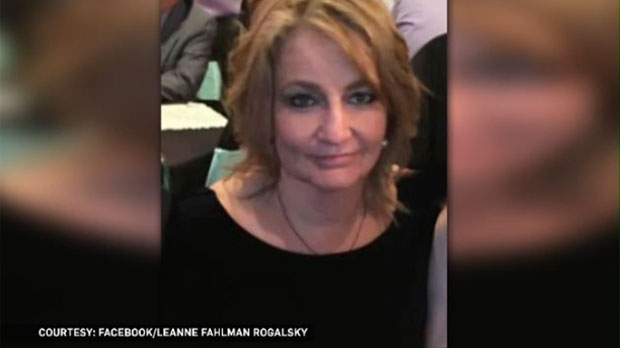 Undated photograph of Leanne Rogalsky, the pharmacist convicted in the theft of more that 33,000 pills from a store in Okotoks (Facebook)

The Alberta College of Pharmacy has cancelled the permit of a former pharmacist at the Safeway store in Okotoks and ordered her to pay nearly $80,000 in connection with her conviction earlier this year on prescription drug theft.

On Thursday morning, the College announced Leanne Rogalsky's practice permit has been revoked and she has been prohibited from serving as a pharmacy owner or proprietor for a period of five years.

Rogalsky, a Calgarian, was convicted of six offences in February after more than 33,000 pills, including oxycodone and morphine, were stolen from the Safeway in Okotoks where she worked. The thefts occurred over the period of three-and-a-half years. She received a two-year conditional sentence and fined $3,000.

"Trust, honesty and integrity are critical attributes of pharmacists," said the Hearing Tribunal in a statement released Thursday. "Albertans require this of the pharmacy profession in order to receive appropriate care. The profession of pharmacy requires this of pharmacists to ensure that practice is conducted in a manner that is safe and effective for all those who utilize pharmacy services. Ms. Rogalsky's behaviour has breached these important attributes and she has shown that she does not subscribe to the level of professionalism required of a pharmacist."

"Cancellation and significant fines will serve as a deterrent to others from similar unprofessional conduct."

The Alberta College of Pharmacy has imposed a $40,000 fine on Rogalsky and ordered her to pay approximately $37,000, the estimated cost of the investigation into the theft and the subsequent hearing.