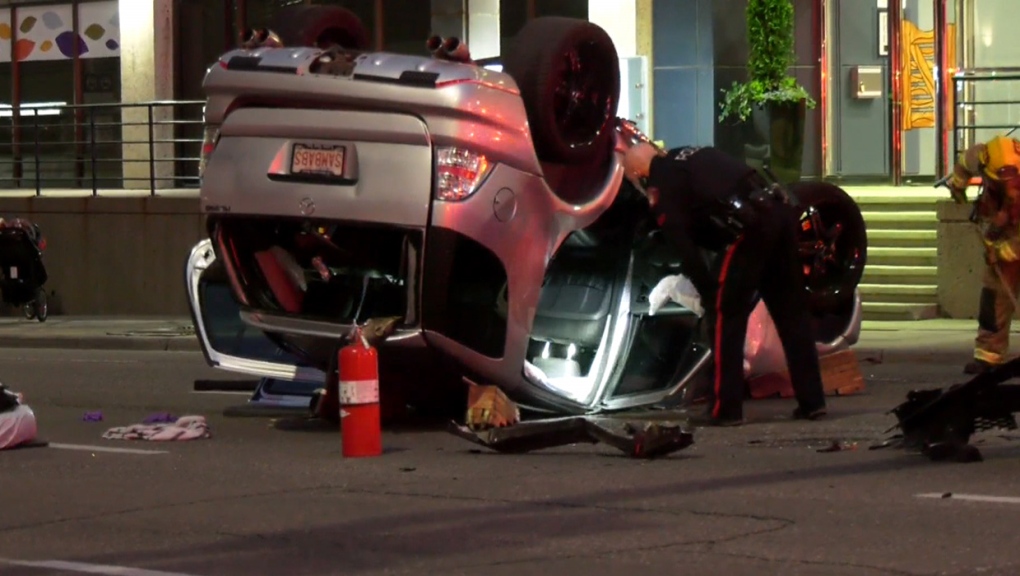 According to police, an SUV and a car collided in the intersection and the impact of the crash toppled the SUV.

The three occupants of the Mazda SUV were removed from the wreckage and assessed on scene.  The trio were not seriously injured in the crash.

Police officials say the injuries to the driver of the car are considered minor.

The intersection was closed to traffic following the crash. The collision remains under police investigation.