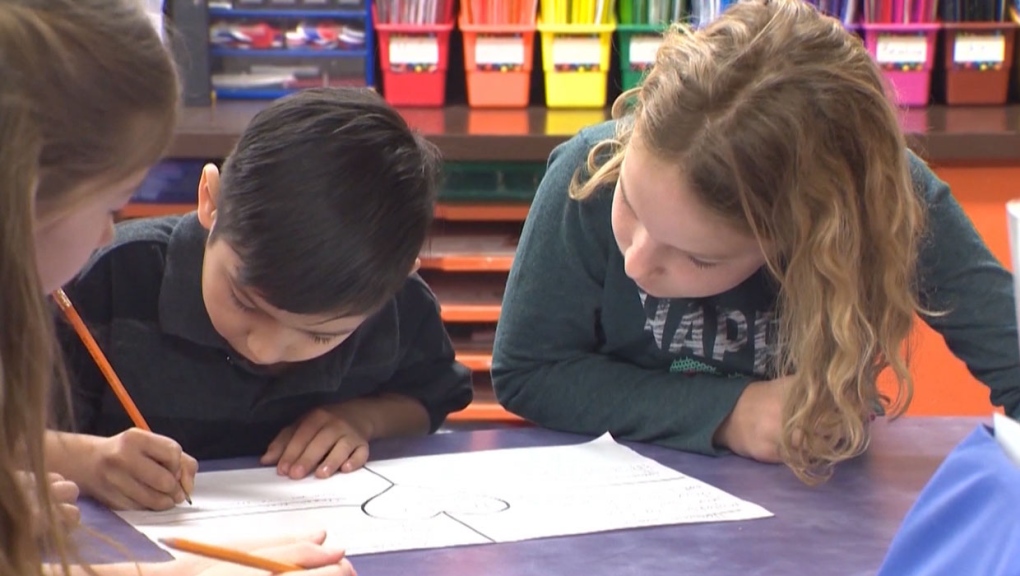 The province says a number of school boards came forward to say they would be laying off bus contractors, support staff and educational aides because of COVID-19.

CALGARY -- When all of Alberta's K-12 schools shut down as a measure to contain the spread of the deadly coronavirus, hundreds of families whose children receive provincial funding for their education believed that money was lost.

However, Premier Jason Kenney confirmed Wednesday that the funding is still available and it's up to the school boards to determine how to use it.

"We continued to offer educational support, teachers continued to be engaged, as well as staff including speech language pathologists, occupational therapists, mental health workers and physiotherapists, all of whom provide specialized supports and services for students," Kenney said during the daily update from the province.

Furthermore, Kenney said program unit funding (PUF) is still being given to school boards to support those students that need it.

"We continue to provide educational services," he added. "I understand that school boards and superintendents are still working through how best to do that."

Kenney says the job cuts announced last week only came after provincial school boards came to the province and said employees needed to be laid off.

"The minister of education was contacted by many school boards and superintendents across the province saying that there were large numbers of staff and employees who were no longer working and, in particular, they mentioned many school bus contractors, support services and educational assistants. Those school boards indicated to the minister of education that they intended to lay those individuals off as they were not working any longer," Kenney said.

The province stepped in to administer the layoffs, Kenney says, to make sure the cuts were made across the board and to ensure the funding that would be saved would go to the right place.

While the Official Opposition's education critic Sarah Hoffman called the job losses "pure cruelty," Kenney said the cuts also shouldn't have been a surprise to anyone.

"We cannot take for granted the fiscal health of Alberta with the triple-whammy of the pandemic, the recession and the oil price crash. The concept of people not working is very difficult with the billions of dollars we are spending and the revenue floor falling out from underneath us," he stated.

The Alberta Teachers' Association estimates some 6,000 substitute teachers and 20,000 support workers could be affected.

Meanwhile, the Calgary Board of Education (CBE) says the ministry has cut its 2019-20 funding by more than $21 million and it will need to do what it can to save money between now and the end of the school year.

"Our support staff have been working hard to support students as we transition to this first week of online learning. Their contributions to our pandemic response are greatly valued. However, we do not expect to be able to realize the required savings without some reductions in staff," the CBE wrote in a statement to CTV News Thursday.

CBE chair Marilyn Dennis says the board is still working out how to provide all education services to families, including those of students with special needs.

She added the CBE was not one of the school boards that brought up the subject of layoffs with the education minister but the funding change, which was a directive from the province, will have an impact.

"All school boards were given a target to reach," she said. "A 14 per cent reduction will still have an impact." 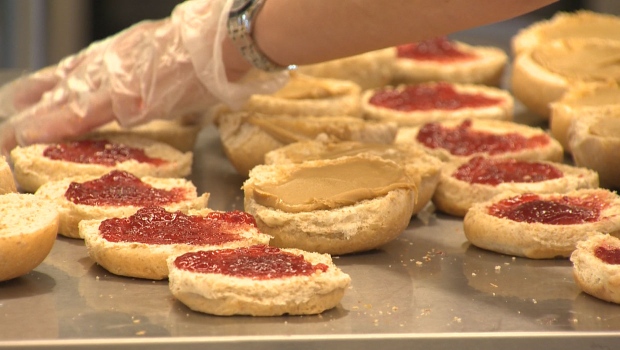 Nutrition funding still on the table too

The premier said in addition to that education funding, Alberta school boards are still being given funding for school lunch programs. The decision on how to spend it is also handed off to school boards, according to Kenney.

"They can either continue administering their own nutrition programs or provide their funding for local not-for-profit organizations to ensure kids don't go hungry."

Thursday, the province said nine non-profit organizations throughout the province will be receiving support from the existing $15.5 million allocated for the school nutrition program. Officials say an additional $3 million, announced on Nov. 28, 2019, will be added as well.

"Ensuring our students do not go hungry while in-person classes are cancelled is of the utmost importance," said Alberta education minister Adriana LaGrange  in a release. "We are giving non-profits and school boards the funds and flexibility to find solutions to provide meals or food for students as they learn at home. I commend their efforts to meet students’ needs during this challenging time."

The organizations receiving funding are:

The CBE says while regular breakfast and lunch programs won't be offered because of the schools being closed, they have sent information to families about services that can be accessed.

Calgary Co-Op is also offering care packages containing non-perishable food items, free of charge, to families in need. Anyone looking to request one can contact the store by email or call 403-219-6064.

Thirty-seven of Alberta's 62 school boards that participate in the school nutrition program have been working with community partners since the COVID-19 outbreak.