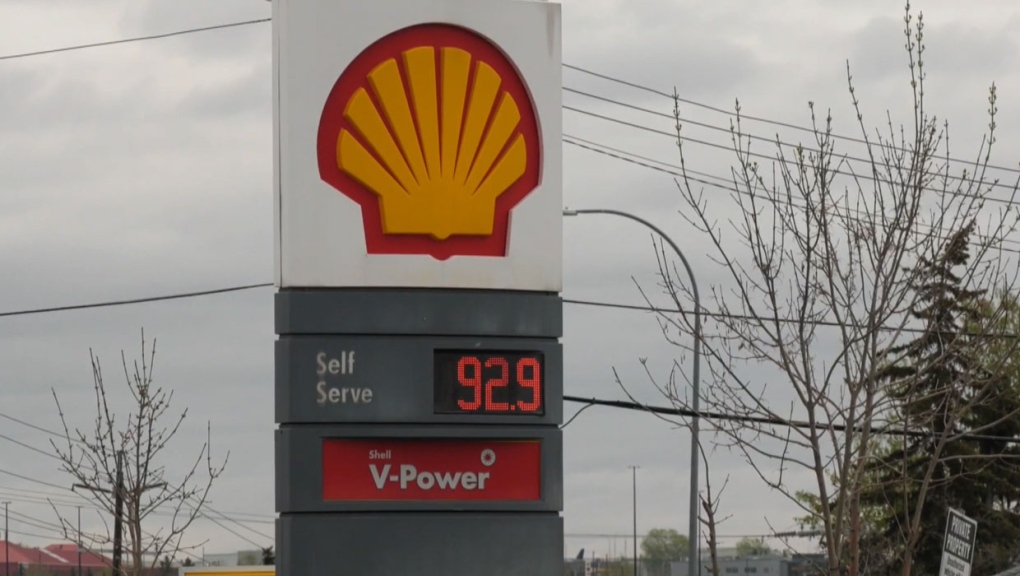 The most expensive gas in Calgary is up to 92.9 cents per litre on May 23, 2020, despite Western Canadian Select oil prices sitting at about $30 per barrel.

CALGARY -- If you've been to a gas station lately, you might have noticed that pump prices are up again to nearly a dollar a litre in both Calgary and Edmonton.

According to GasBuddy.com, the most expensive price for a litre of regular gas in the City of Calgary is 92.9 cents, but some stations are still offering gas for a bit lower than that.

Meanwhile, Edmontonians are still enjoying a bit of a break from high gas prices. The average price per litre of regular fuel in that area still goes for about 89.2 cents per litre, with the cheapest price listed at 71.9 cents.

Even residents in southern Ontario are seeing prices under 90 cents per litre.

However, B.C. residents are still seeing among the highest prices for gas in Canada, GasBuddy says.

While the lowest price in the Vancouver area is 99.9 cents per litre, most drivers will only be seeing somewhere between $1.10 and $1.20 a litre at stations throughout that city.