Giant pandas still in Calgary because of lack of travel permit

CALGARY -- The Calgary Zoo says the two giant pandas it had on loan from China are still in Canada because of an inability to secure travel permits for the bears.

Er Shun and Da Mao were supposed to be returned to China in May because officials said they were unable to secure an adequate supply of bamboo to feed them.

The challenge to supply the pair with the 40 kg of food they needed per day became increasingly difficult because of the COVID-19 pandemic. 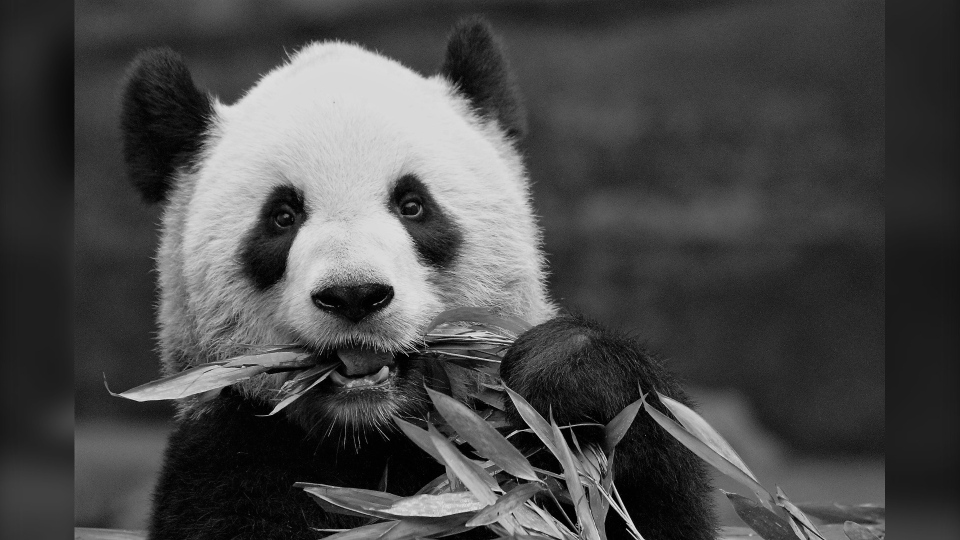 (Er Shun, in a file image released by the Calgary Zoo)

The bears were taken off display and put into quarantine for their international trip, but so far, zoo officials say China has not approved international permits due to "changes in its import laws and quarantine facilities" because of the pandemic.

"We believe the best and safest place for Er Shun and Da Mao to be during these challenging and unprecedented times is where bamboo is abundant and easy to access," said Calgary Zoo president and CEO Dr. Clément Lanthier in a release. "The continued delays in international permitting is putting the health and welfare of these two beautiful giant pandas in jeopardy."

Since they were put into quarantine in May, the bears have been supplied with bamboo brought in from British Columbia, but that food supply is only expected to last until September.

Officials say both of the bears are healthy and receiving exceptional care.

"The giant pandas have begun their quarantine in preparation for relocation back to China, so that we can send them as soon as international permits are approved," the zoo wrote in a statement to CTV News.

"To support their quarantine, Panda Passage is closed and neither the giant pandas nor the komodo dragons are viewable by Calgary Zoo visitors."

Mark Johnson, a spokesperson for Environment and Climate Change Canada sent a statement to CTV late Wednesday afternoon, saying "Caring for the pandas is governed under agreements between the zoos and the Chinese Association of Zoological Gardens.

"Decisions about the arrangement and the care of the pandas resides with the Zoo and its Chinese partner.

Er Shun and Da Mao arrived in Canada in 2014 as part of a 10-year agreement between Canada and China. After spending five years at the Toronto Zoo, and giving birth to a pair of cubs there, the two adult giant pandas arrived at the Calgary Zoo in March 2018.

Jia Panpan and Jia Yueyue were born in October 2015 and are already back in China to participate in that country's breeding program.