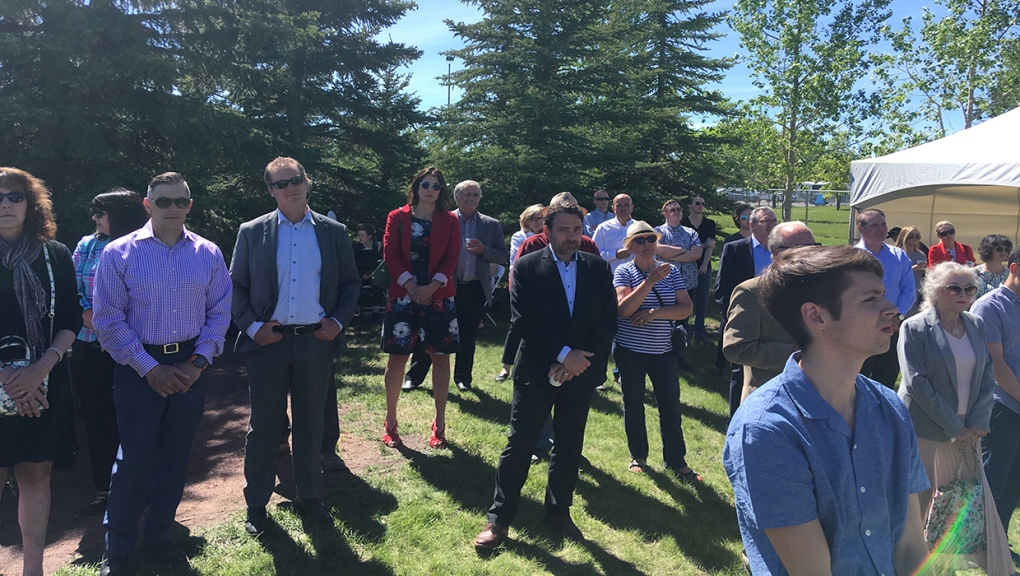 A ground breaking ceremony was held at South Glenmore Park on Wednesday, June 12, 2019.

A ground breaking ceremony was held in South Glenmore Park on Wednesday morning to honour the legacy of the five young people who were killed at a house party over five years ago.

The five were attacked and killed by a man suffering from a mental disorder on April 15, 2014.

Families of the five young people have been working together for more than two years on the project.

“It’s been the five families working pretty much every day for the last three years trying to bring something back to Calgary,” said Shannon Miller, mother of Kaitlan Perras.

“I’m particularly excited about the instruments that will be going in and what that can provide for young people making a connection with music” said Barclay Hunter, Josh’s father.

“Katie was a very spiritual person and she loved nature, and she loved to dance and this stage is going to be a wonderful spot,” said Miller.

Mayor Naheed Nenshi believes this will be a welcome upgrade to the park.

“A very well used park, a very much loved park and this will be a huge improvement to that park,” said Nenshi.

The Quinterra Legacy Garden will be the city’s first, fully-dedicated musical garden and officials say it will promote a sense of positive well-being in visitors.

The park is expected to be completed by the fall.

For more information about the Quinterra Legacy Garden, visit quinterralegacygarden.com.