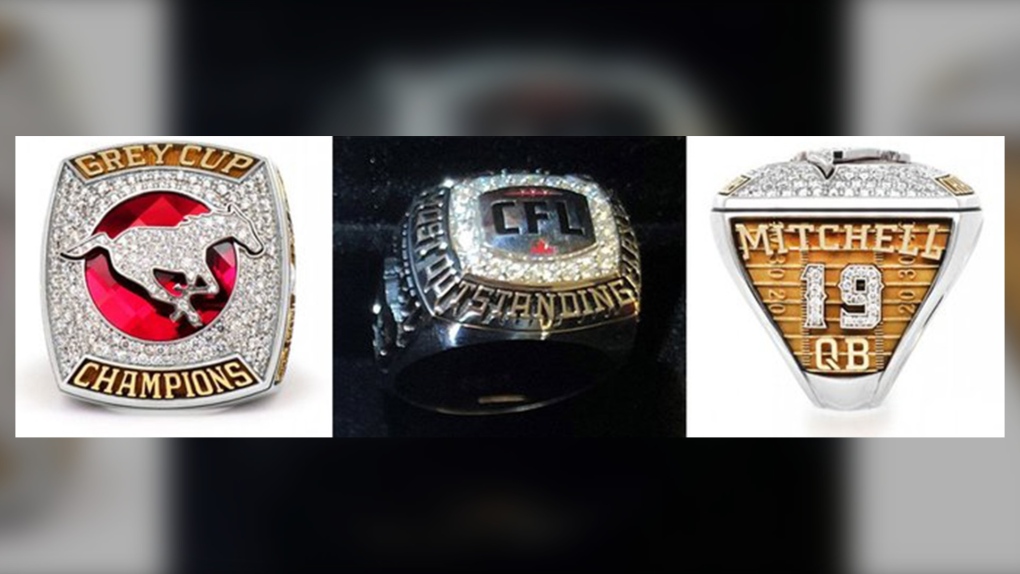 Photographs of Bo Levi Mitchell's 2018 Grey Cup and 2018 Most Outstanding Player rings that were stolen from his truck on Jan. 2, 2020 (CPS)

CALGARY -- A Calgary man who admitted to stealing Bo Levi Mitchell's Grey Cup and CFL Most Outstanding Player rings has been sentenced to prison time but the rings have yet to be located.

On Jan. 2, the quarterback's rings were swiped from his truck in the parking lot of Pacific Place Mall in northeast Calgary.

Surveillance footage led investigators to identify Jared Lee Douville as a suspect in the theft and he was subsequently arrested.

Douville received a sentence of the equivalent of 141 days in custody. Jose confirms Douville was in breach of several probation conditions at the time of the theft.

While Douville has been convicted, Mitchell's rings have not been recovered.

Anyone who spots the quarterback's 2018 Grey Cup ring — that includes Mitchell's name, jersey number and the Stampeders logo — or his 2018 CFL Most Outstanding Player ring is asked to contact the Calgary Police Service at 403-266-1234 or anonymous tips may be submitted to Crime Stoppers.