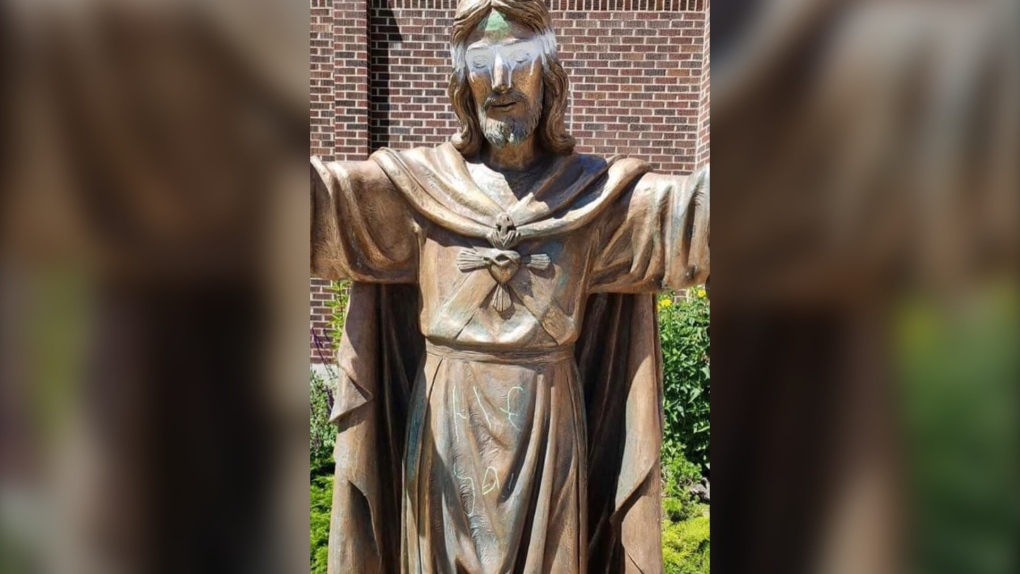 The Sacred Heart of Jesus, a statue outside a church in southwest Calgary was defaced by a pair of unknown suspects this week. (Supplied)

CALGARY -- The Calgary police hate crime unit is investigating after a statue at a southwest church was vandalized early Tuesday morning.

The Sacred Heart of Jesus statue, outside the Sacred Heart Church on 14 Street S.W. was defaced. Someone put white paint around its head, a triangle on its forehead along with numerous other markings.

Surveillance camera footage from the church, which has been sent to police, showed two young individuals using spray paint and what appeared to be a marker or chalk.

Police said the intent behind the vandalism will determine charges, as mischief to religious property motivated by hate or bias is charged differently under the Criminal Code.

Police are asking anyone with information about the vandalism to contact them.