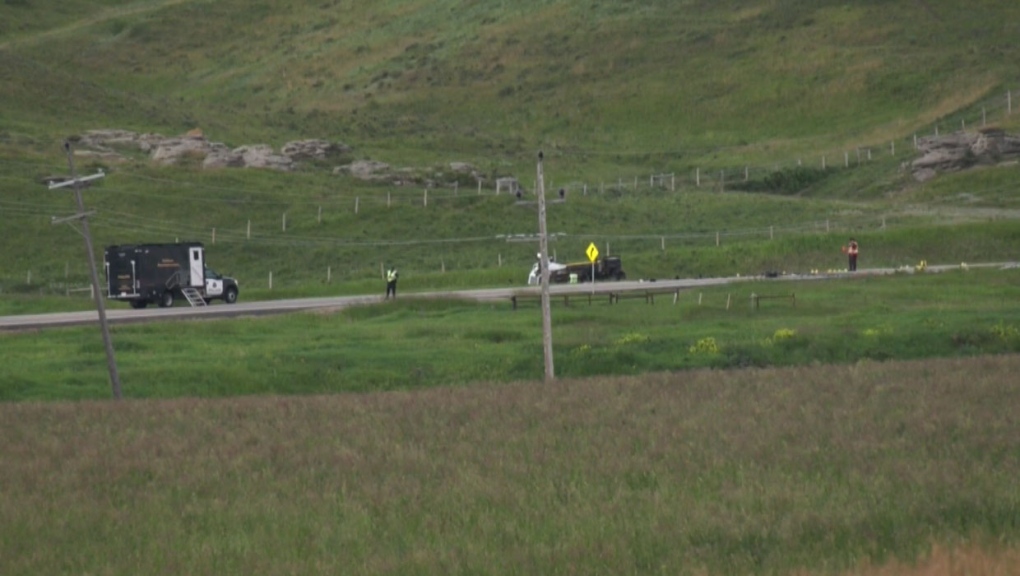 A section of Symons Valley Road N.W. was closed for a number of hours after a head-on crash.

CALGARY -- Police closed down a section of road in northwest Calgary for a few hours as they completed an investigation into a head-on crash.

Crews were called to the scene, near the intersection of Symons Valley Road and 144 Avenue N.W., at about 8:30 a.m. Sunday.

When they arrived, they found an SUV and a dump truck had been involved in what appeared to be a head-on crash.

The driver of the SUV, a man in his 20s, was taken to hospital in serious condition but EMS tells CTV News his injuries did not appear to be life threatening.

The dump truck driver, a man in his 60s, was taken to Foothills in stable, non-life threatening condition.

Police are investigating what led up to the crash.