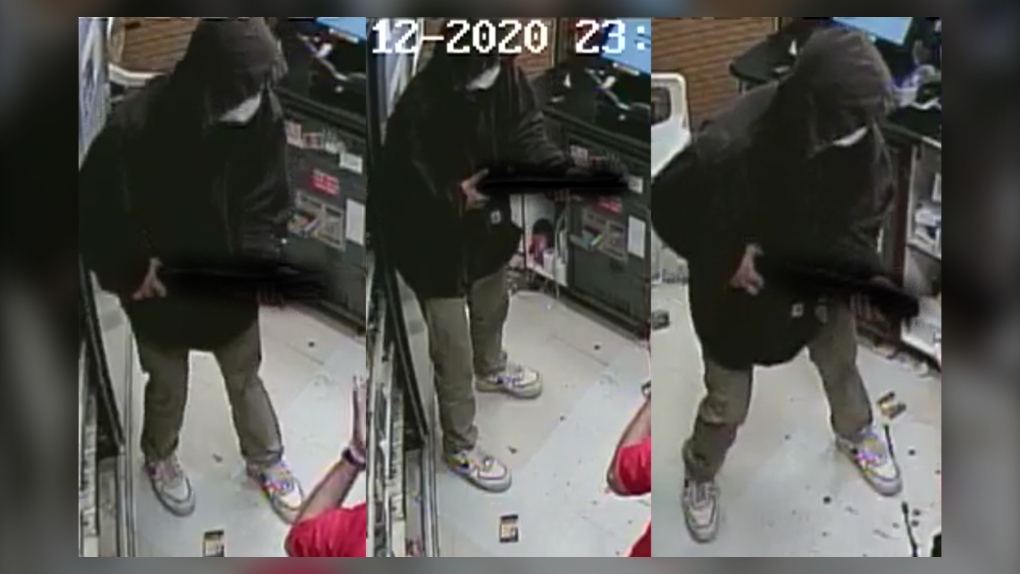 CALGARY -- The suspect in a Sunday night robbery at a convenience store in the town of High River, Alta. concealed his face while also doing his part to reduce the spread of the novel coronavirus.

Shortly before midnight, the masked suspect entered a Circle K store in the 600 block of Fifth Street. S.E. brandishing what appeared to be a firearm. The suspect proceeded to demand money and cigarettes from the lone employee on duty.

According to RCMP, the worker was allegedly struck with the firearm, kicked and had bear spray discharged in their face.

The suspect fled the store with an undisclosed amount of cash and cigarettes. It's believed he left the area in a vehicle.

EMS responded to the store and the employee received medical treatment for their injuries.

The suspect, who is described as having a slim build, was wearing:

RCMP have released three surveillance images of the suspect.

Anyone who recognizes the suspect is asked to contact the High River RCMP detachment at 403-652-2357 or anonymous tips may be submitted to Crime Stoppers.