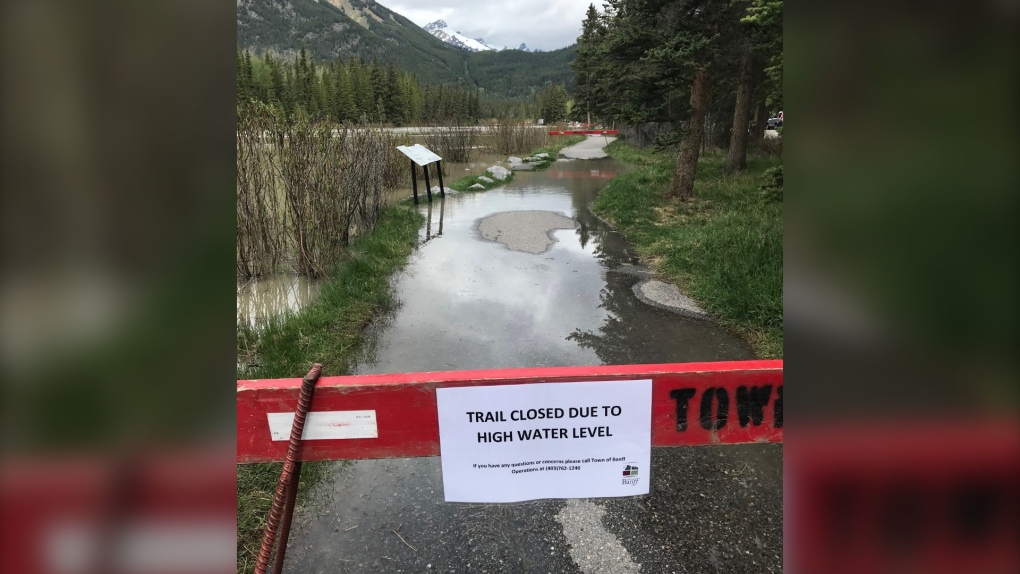 CALGARY -- Alberta Environment has issued a warning after considerable weekend rainfall is expected to increase water level in sections of the Bow River by up to 60 centimetres.

A High Streamflow Advisory is in place along the Bow River from the Ghost Lake Reservoir upstream into Banff National Park.

According to Alberta Environment, the river's level in the coming days could potentially be 60 cm higher than the level recorded last Saturday.

Pathways in the Banff townsite along the river's north shore, near the Banff Avenue bridge, may be affected by the rising water.

Current conditions are not expected to result in basement flooding of Canmore homes situated along the river but flooding could occur should temperatures increase in the days to come.

As of Monday afternoon, the advisory does not extend into Calgary.

Alberta Environment has issued a high streamflow advisory for the Bow River, including the Town of Banff. Use extreme caution around river trails and obey warning signs. Sections of the trail between the canoe docks and Bow River Bridge are closed. The Canoe Docks are closed due pic.twitter.com/Z6wpnSHUP6