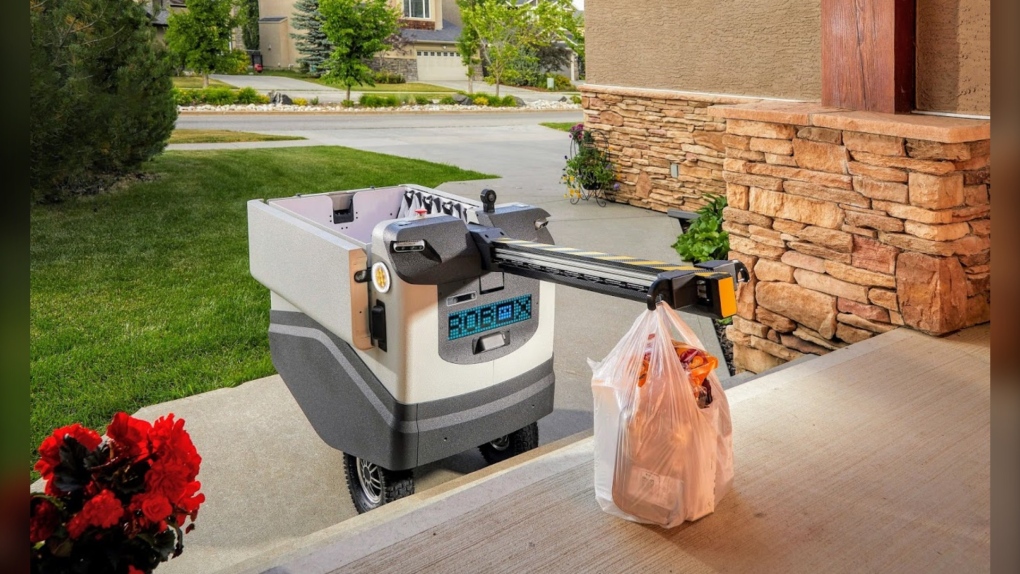 Calgary startup Dianomix has focused its efforts to bring local goods to your door with the use of robotics. (Supplied)

CALGARY -- With delivery services booming amid the ongoing pandemic, a Calgary startup is focusing its efforts to bring local goods to your door through the use of robotics.

Olivier Aubin, co-founder of Dianomix, says their semi-autonomous robots will be delivering groceries and other items from existing community storefronts to Calgary homes.

“Last mile is thinking about the community retailer, like your grocery store in your community, we're taking (products) that last mile or maybe three to four kilometers,” he said. “It is not across town, it’s local deliveries in the community.”

Retailers can subscribe to the service and have access to one or more robots in their stores to make the deliveries.

“We are working with the retailers directly so they maintain the engagement with customers,” said Aubin.

“They would bag the items, put them into the robot and then tag it with the delivery address and we from there take over and go out and deliver those items.”

There's one thing that sets them apart, said Aubin,

“We're not the ones selling the products that people want to buy, we're there more for the logistics and delivery behind scenes," he said.

“I then came back to Calgary and met up with my two other co-founders of this idea and we’ve been developing the technology ever since," he said.

Aubin says the business approach is a little bit different than others in this space. 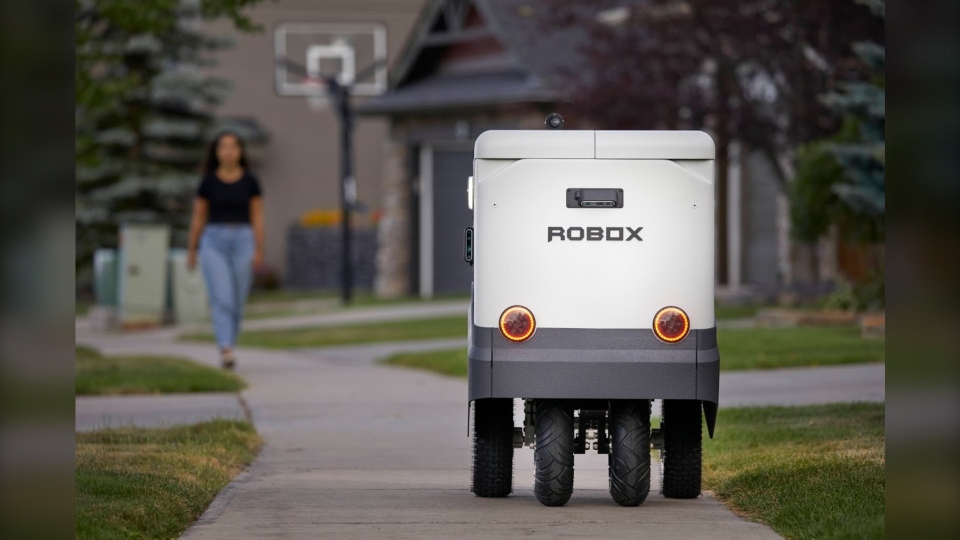 “I think we have a viable business product that we can actually make work for the local grocery stores,” he said.

Aubin tells CTV that retailers are currently only breaking even and sometimes even losing money to get goods to peoples homes.

“It brings it from an either break-even or loss on deliveries to a point where they can actually make money on the deliveries, it would be a small amount but grocery stores run with very thin margins and for them it's very important to be able to reduce the cost of the deliveries,” he said.

All three co-founders live in Calgary and the technology behind the robots is being developed so the hardware is viable in our weather.

“We started building it from the ground up, there's more clearance under the robot and it has larger tires," said Aubin.

“We're operating on the sidewalks which, for the most part people shovel, so we're not dealing with two-foot snow drifts, we're using infrastructure that is available and it will handle at least a few inches of snow.”

Aubin tells CTV News they’re currently working with manufacturers to start scaling up the production of the robot.

“Were hoping to bring the costs (of the service) to retailers to the point where it's at least half of the cost of the current human-driven deliveries and the way we’ve worked it out is so the deliveries will become profitable for the retailers," he said.

The coronavirus has definitely changed the dynamic.

“I've had to do deliveries for my aging mother who has health concerns, she doesn't want to go out so I have to do the grocery deliveries. This robot fits perfectly into this model," said Aubin.

Right now the trio say they’re looking to engage with investors and more retailers to start getting this this pilot project working and to scale up the manufacturing.

“We are working towards full autonomy that's a little further out so we have partial autonomy now with a human operator keeping watch whether it's autonomous or filling in those gaps when we need to," said Aubin.

The company is currently testing the robot in the community of Discovery Ridge.

“We’re testing on a regular basis here so you may see it out on the sidewalks and in the coming months and toward the spring we’re hoping to do pilot projects around the city, so you may see it in other neighborhoods as well," said Aubin.