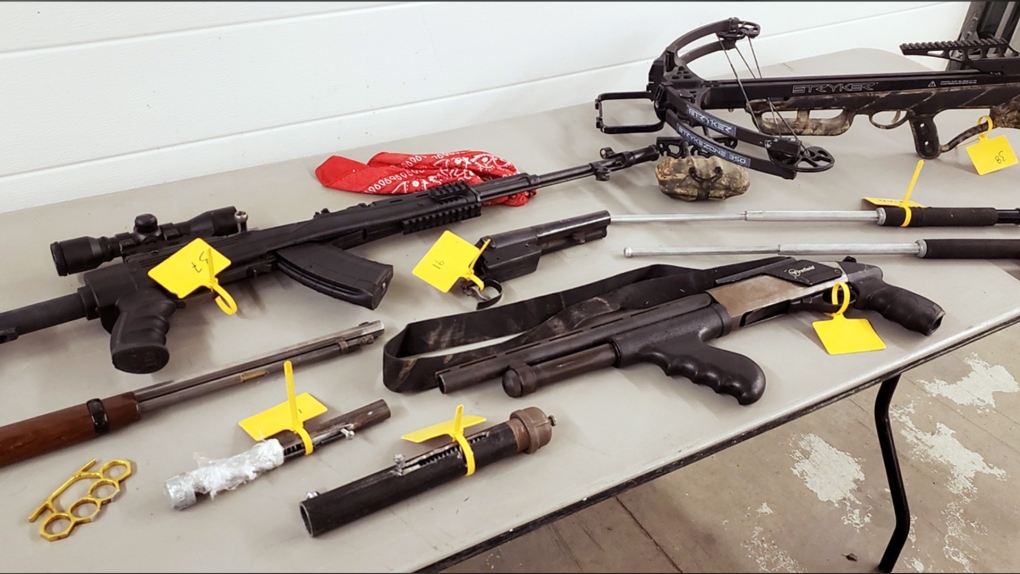 Weapons seized during the search of a Coaldale, Alta. home on Oct. 15. Ethan Wiebe, 20, faces charges in connection with the investigation (ALERT)

Members of the Alberta Law Enforcement Response Teams (ALERT) launched an investigation in September that culminated in the arrest of Ethan Wiebe on Oct. 15.

During the search of Wiebe's Coaldale home, officers seized several items including:

According to ALERT, two of the seized firearms had been reported stolen following a break-and-enter in Coaldale and the two handmade guns will be sent to the RCMP's national weapons enforcement support team to undergo testing.

ALERT officials say Wiebe's residence has been on the radar of local police.

"Police had been called to the suspect’s home a number of times and it had become a community nuisance of sorts," said Insp. Sean Boser, ALERT Regional teams. "We are confident that this arrest and seizure prevented an escalation of violence."

Wiebe faces more than 10 charges including: