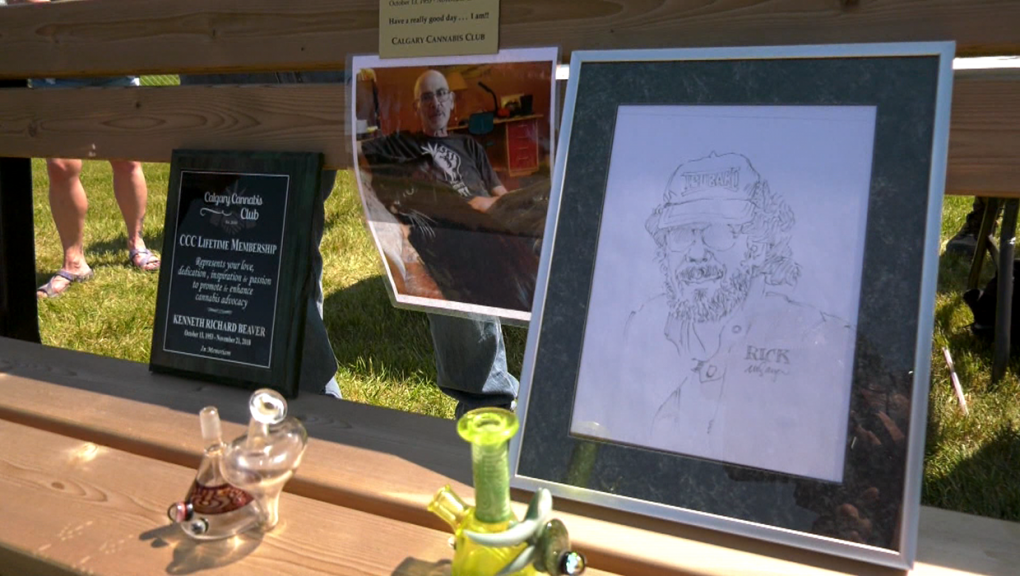 The money was raised through an auction and included a park bench.

A donation that was originally meant for the Tom Baker Cancer Centre to honour a departed member of the Calgary Cannabis Club has now been given to the Calgary Humane Society.

The $6000 donation was collected by the Calgary Cannabis Club in memory of Rick Beaver who died last November of esophageal cancer.

The group approached the Alberta Cancer Foundation with their plans to donate the funds to the Tom Baker Cancer Centre on behalf of Beaver but were told that the donation would not be accepted because of the club’s ties to cannabis.

The club held on to the money while it decided where to distribute the funds and on Monday, donated it to the Calgary Humane Society.

"There's lots of different groups in the city and many of them have different interests and at times they need to remember a past member and Calgary Cannabis Club came to us and said 'we would like to remember one of our past members and make a donation in memory of him' and we thought it was wonderful," said Ray Fehr, Calgary Humane Society