CALGARY -- Harnaryan Singh grew up in Brooks, Alberta and in his household in the 1980’s it was all about hockey, especially the Battle of Alberta between an Oilers dynasty and a gutsy, relentless bunch of Calgary Flames.

Singh says he loved those games and not just because what was happening on the ice.

“Right away I was obsessed with the broadcasting element of a hockey game,” Singh said.

“I would try to emulate the announcers at home with a toy microphone and basically everything that you would see on television I would do myself.  And that’s kind of where the seed was planted.”

As much as Singh wanted to become a play-by-play announcer, it seemed he faced obstacles at every turn.

People were telling him he’d never make it because he didn’t have the right look. Singh admits it was a tough pill to swallow.

“As I grew up more and more people gave me the blunt answer that my dream was pretty impossible.  I was told that there wasn’t much diversity on television.  No one looked like me and so the chances for a person like me making it were slim to none.”

Singh was told he may have a better chance behind the scenes.  But he was stubborn and wouldn’t give up on his dreams.  If he did he knew there would be regrets if he didn’t give it his best shot.

He persevered and finally got a chance to do play by play.  He called NHL games in Punjabi for 13 seasons, over 700 games in all. 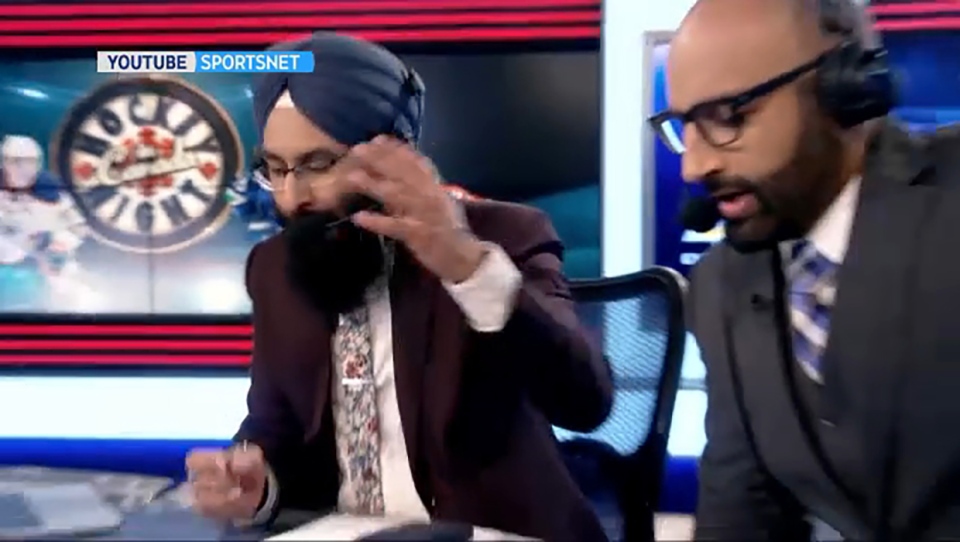 “When I was a kid though I never even imagined something like Hockey Night in Canada in Punjabi could exist and that show is really what got myself and my colleagues foot in the door.”

But Singh wasn’t done dreaming.  He wanted to call games in English and this year it finally happened.

On January 13, the Edmonton Oilers were playing the Vancouver Canucks and Singh made history - again, becoming the first Sikh broadcaster to call an NHL game in English.

“It was just something I was hoping and praying for for a long time.  It was really special and something I’ll never forget.”

Singh has broken down barriers and will go down as a pioneer in the game. He’s also opened doors for others like 12-year-old Hazoor Chana who is a Flames fan.  Chana says he looks up to Singh.

“He’s a huge inspiration fro us and it would be really cool to follow his steps.”

Chana’s brother Nihaal is an Oilers fan.  He says because of Singh, he now feels it’s possible to be behind the microphone.

“I would like to maybe call a game or two because that would be really cool and maybe to call one of the Battle of Alberta’s.”

Harnaryan Singh says hearing those kinds of thing from kids makes his journey even more worthwhile.

“I hope to provide inspiration for others,” he said.

“You know it doesn’t matter who you are or how you look or what your background is, you can go for it.  And if someone like me can make it then anybody can.”

Singh calls his story one of “defying the odds” and this season keeps getting better.  He says he’s on the schedule to call a couple of Battle of Alberta’s.

So just like when he was a kid he’s going to call the Flames versus the Oilers.  Only this time it won’t be pretending, it will be for real. Just the way he dreamt it up. 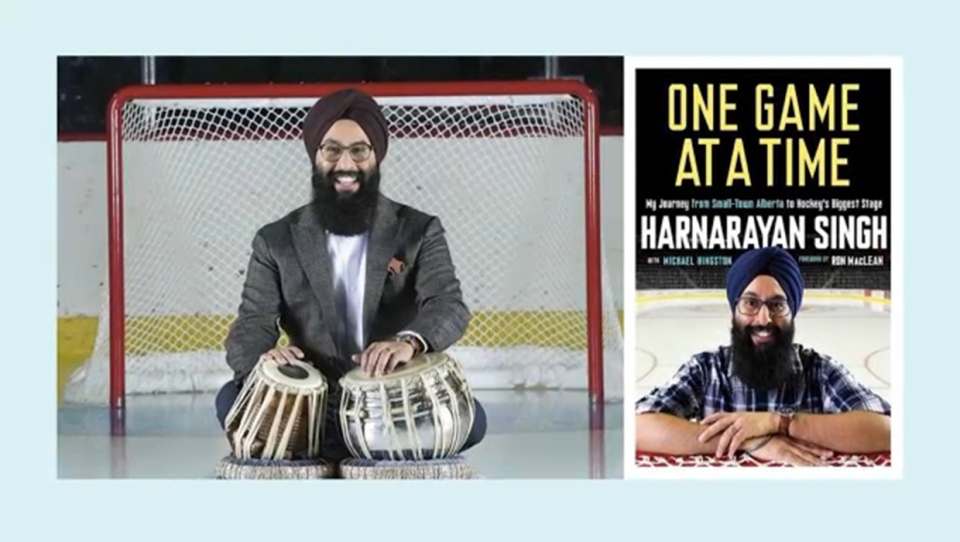