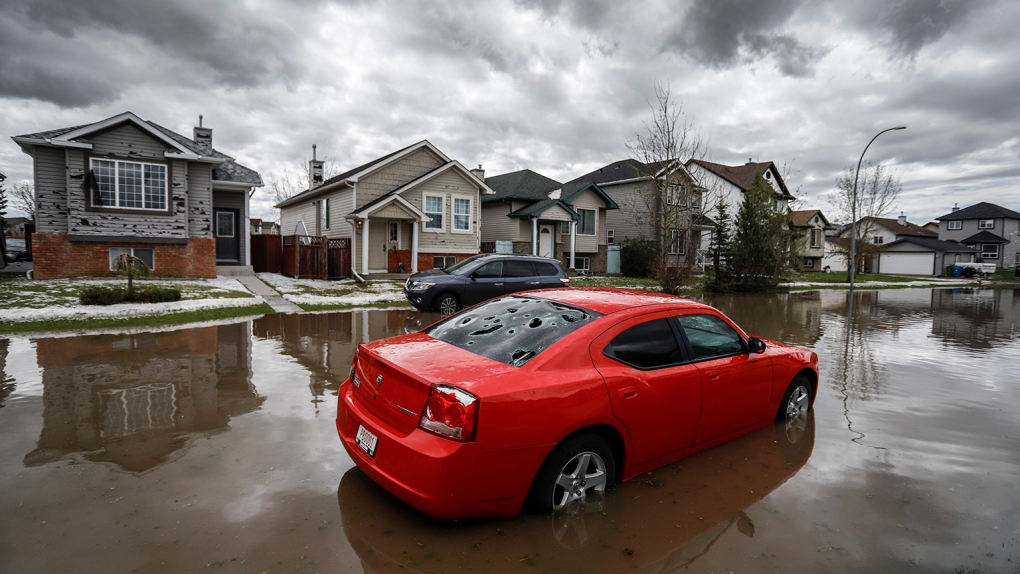 CALGARY -- With storm season expected to begin in June, Albertans are advised to take whatever steps they can to protect their homes and property from potential damage caused by heavy rain, strong winds and hail.

The Insurance Bureau of Canada (IBC) released some advice to Alberta homeowners on Wednesday to help mitigate some of the high costs incurred during extreme weather events.

On June 13, 2020, a massive hailstorm struck northeast Calgary, causing more than a billion dollars' worth of damage. There are even a number of homes and businesses still in need of repairs almost a year after the storm.

"The hailstorms that hit Calgary and the surrounding area last June were the worst our province has ever seen and caused over $1.3 billion in insured damage," said Aaron Sutherland, acting vice-president Pacific and Western, Insurance Bureau of Canada, in a release.

"They were the fourth most-expensive natural disaster in Canadian history and serve as an important reminder of the need to improve our physical and financial preparedness for such events."

During those storms, your own safety and the safety of your loved ones and neighbours must be a priority, so the IBC urges families to be prepared for any form of extreme weather.

That includes putting together an emergency supply kit, formulating a plan for your household, keep an inventory of your home's contents and understand your insurance policy.

The IBC also encourages homeowners to monitor the weather forecast and take steps to secure items, such as barbecues and patio furniture, in the event of a severe storm.

In the event a storm is raging outside your home, the IBC advises staying away from windows, doors and skylights, look out for flooded areas and never drive through any water that's pooled on streets.

If you're driving, consider finding a safe place to park, preferably somewhere sheltered, to wait out the worst of it.

The IBC also has advice if you're caught alone and unaware in a severe storm.

"If you are caught outdoors with no immediately available shelter, crouch down, face away from the wind and protect your head and neck with your hands."

Over the past 10 years, the province of Alberta has experienced more damaging weather events than any other region in Canada, the IBC says.

Officials say Calgary's "unique location" means that the city is at risk to an unusual number of weather hazards.

"Summer storms with hail can be particularly dangerous and destructive," said Susan Henry, chief of Calgary's Emergency Management Agency, in a statement. "Last year, we say these impacts first-hand, but there are things you can do now to be prepared."

Both insurers and taxpayers share the cost of repairing damage to homes and infrastructure and the IBC says the federal government can help by developing a "national climate adaptation strategy" to coordinate the actions of governments and the private sector to address extreme weather dangers caused by climate change.