January winter storms in Alberta cause more than $62M in damages 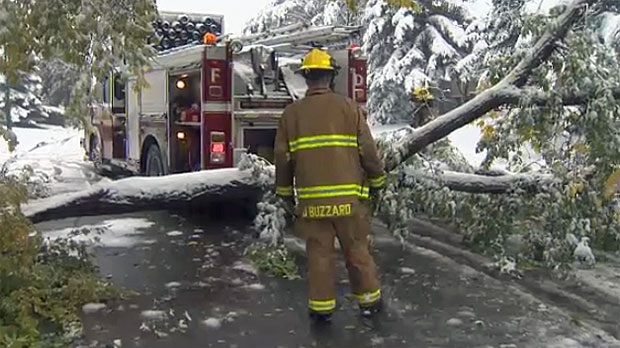 Two winter storms in January caused more than $62 million in insured damages for Albertans, according to surveys by Catastrophe Indices and Quantification Inc.

CALGARY -- Two winter storms with extreme winds which hit Alberta in mid-January caused more than $62 million in insured damages, according to surveys conducted by the Catastrophe Indices and Quantification Inc. (CatIQ)

An intense wind storm on Jan. 12 to 14 shook the southern portion of the province with widespread power outages caused by the winds and downed trees.

The storm caused an estimated $30 million in damages primarily around Taber, Lethbridge and Calgary.

Alberta's second winter storm of 2021 was a snowsquall with tornado-level winds which occurred Jan. 19 and 20. It caused an estimated $32 million in damages.

A wind gust of 193 km/h was recorded west of Calgary—winds that would be equivalent to an EF-2 tornado.

"These events are examples of the increasing impact of extreme weather and the need to increase investment in measures to adapt and better protect Canadians from coast to coast," said Aaron Sutherland, acting vice-president of the IBC.

British Columbia and Saskatchewan were also impacted by the January storm. It caused widespread outages in both provinces with Saskatchewan alone dealing with close to $70 million in damage.

Albertans have experienced a multitude of extreme weather conditions, with Calgary's June 2020 hailstorms alone causing more than $1.2 billion in damages from over 70,000 insurance claims.

Flooding in Fort McMurray in late April that saw high water levels in the city's downtown caused an estimated $562 million in damages.

A report released mid-January by CatIQ suggests that Canadian insurance companies paid out $2.4 billion in 2020 because of severe weather events, with the most expensive weather events coming from Alberta.