CALGARY -- Alberta Premier Jason Kenney says the province is ramping up its vaccine program as more mass vaccination sites open up and additional supply arrives. He hopes Alberta will eventually be able to administer 500,000 doses per week, but then he says people need to want to get what's available.

"All of this will depend on how many people come forward to get vaccinated and particularly, we're concerned about potential uptake on AstraZeneca," Kenney said Monday.

Last month, Alberta suspended the use of the AstraZeneca vaccine on people under the age of 55. It came after a recommendation from Canada's National Advisory Committee on Immunization due to concerns of rare instances of blood clots forming in some people who had been vaccinated in Europe.

Dr. Deena Hinshaw has continued to say the shot is safe and Alberta's decision was only taken out of an abundance of caution, but national polling shows how widespread the concern is about people worried about possible side effects.

According to a survey done by the Angus Reid Institute, 54 per cent of Canadians who intend to get vaccinated against COVID-19 are uncomfortable with getting the AstraZeneca vaccine. Of those who are uncomfortable, 42 per cent say they'd reject that brand of vaccine if it was offered to them.

"What we're seeing with this data is a red flag for potential for increased vaccine hesitancy," said Shachi Kurl with the Angus Reid Institute.

"If they are showing that level of hesitation in getting their AstraZeneca, this has the potential to slow down or derail vaccine efforts across the country," she said.

Louise Bush is one person who has some reservations about getting the AstraZeneca vaccine -- but she wouldn't reject it if she could book in to get one. 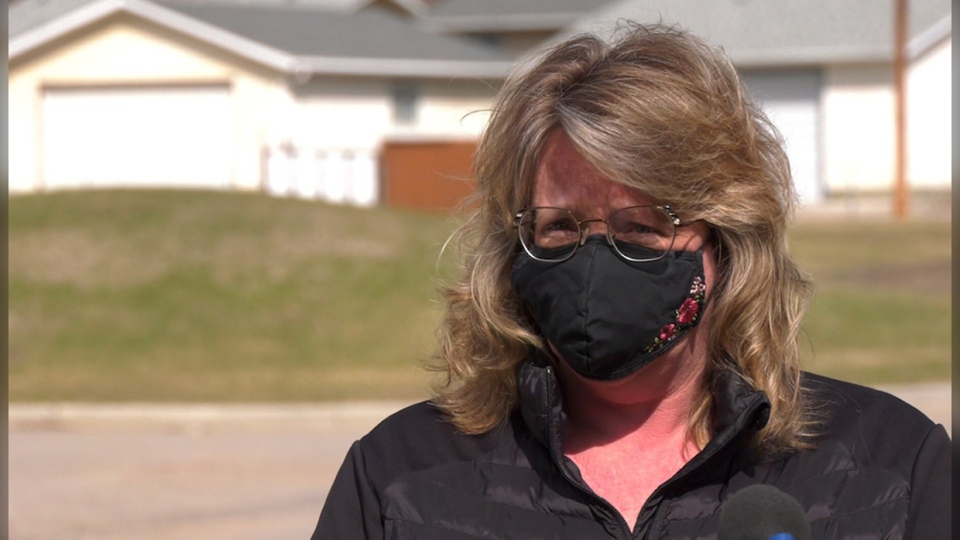 "I'm less confident with the AstraZeneca and it comes with more concerns for both of us. Our concerns with the shot are we are of the age where blood clots could be deadly," she said.

She lives in Okotoks, just south of Calgary, and says booking a spot for her and her husband to get a vaccine has been difficult at her local pharmacies.

"We can't book, booking is full," is what Bush says every local pharmacist is telling her. "We've only got a few handful of vaccines left and you can keep phoning every day or keep signing online."

Bush explained that her and her husband, who are both eligible to get the AstraZeneca dose, initially planned to hold off getting that vaccine to try and hold out for Pfizer or Moderna. But things changed when cases started increasing in the province and variants of concern became more common.

The premier said Alberta is on pace to administer 300,000 doses per week, and the hope is to bring that number up considerably as more mass vaccination sites open up.

The Angus Reid Institute survey was an online poll conducted from April 5-8 surveying 1,577 Canadian adults. The poll carries a margin of error of +/- 2.5 percentage points, 19 times out of 20.