CALGARY -- Premier Jason Kenney, along with a number of other representatives of Alberta's political and business scene are commending President-elect Joe Biden on his election win.

Kenney issued a statement following the win, saying the links between Alberta and the U.S. are very strong and looked forward to the relationship with the province's largest trading partner.

"On behalf of the Government of Alberta, I would like to extend congratulations to President-elect Joe Biden and Vice President-elect Kamala Harris on their victory, and to all members of the United States Congress elected this week," Kenney wrote.

"U.S. energy security is dependent on Alberta as the United States' largest source of oil imports. Much of the American economy is fuelled by Alberta energy. We look forward to working with President-elect Biden’s transition team and future administration to ensure that this vital economic partnership continues."

He also said that both Canada and the U.S. must work together to return both countries' economies to growth. 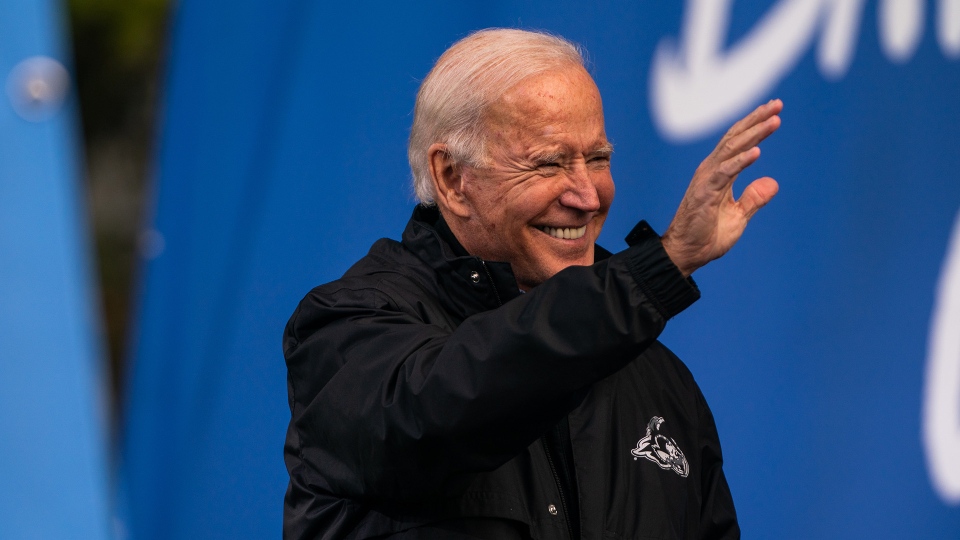 "The best political leadership, regardless of partisanship, must include public service over self-interest, honesty over deceit, respect for women over misogyny, inclusion over racism, and unity over division. Today all the right values won."

Notley added there will be "numerous opportunities" for the province's resource sectors under the new Biden administration.

"I look forward to exploring those and putting them forward for discussion with Albertans as we build a new economic vision for the future of our province."

"The United States remains Canada’s largest customer for natural gas and oil exports and the decades of cooperation on energy trade has delivered immense benefits to both of our countries. We will work with governments in Canada and the United States to ensure the progress made on important infrastructure projects continues. Canada and the United States develop some of the most responsibly-produced oil and natural gas in the world and continued cooperation between our countries will benefit us all," said CAPP president and CEO Tim McMillan.

TC Energy added to the commendations, saying it hopes to have continued progress on the Keystone XL pipeline project under Biden.

"Keystone XL is already injecting hundreds of millions of dollars into the North American economy and creating thousands of jobs," the company wrote. "Additionally, our equity ownership agreements with Indigenous communities and partnerships with leading labor unions are helping lead North America’s COVID-19 economic recovery. When completed, the project will provide critical energy resources to meet consumer demands while adhering to some of the most rigorous regulatory and environmental compliance standards anywhere."

Leaders with Calgary’s Democrats Abroad chapter are “relieved” and “elated.”

“I think democracy has prevailed and we’ve had a tough four years,” said Dean Kasner, secretary for the group.

Another American citizen who calls Calgary home said she had no issues mailing in her ballot to New York State in support of Joe Biden and Kamala Harris.

“I don’t believe the government, state or federal, is corrupt in any way so I do believe in the democratic process,” said Jennifer Walker.

A mom of two young girls, she also expressed intrigue in the historic success for Kamala Harris as the first person of Black and South Asian descent, and first woman to be elected on a presidential ticket.

“I’m excited to see where the next four years can go for this leadership team.”

As for how a Biden-Harris administration would impact Calgary’s dominant oil and gas sector, Walker says she doesn’t believe change would be drastic.

“Oil is not going to just stop. I don’t expect it to stop nor do I want it to stop I think we have to be responsible in how we use the resources that we have as well as the ones that we can create.”

However the Executive Director of Clean Energy Canada, a think-tank based out of Simon Fraser University, believes the new administration will take on more environmental protection policies.

“I think it’s just another signal that the world is transitioning to clean energy and we all need to get on board.

I think Canada has a lot of opportunities there we need to double down and start moving more quickly,” said Merran Smith from Victoria on Saturday.

Energy analysts say there is some cause for concern in Western Canada, as Biden has announced he would remove approval of the Keystone XL pipeline, and Biden could use an executive order shortly after taking office.

“Keystone XL probably fits into that basket which is why I think a lot of people in western Canada are going to be nervous about what happens next,” said Richard Masson, executive fellow with the School of Public Policy out of the University of Calgary.

Masson added there may be a major obstacle to Biden’s environment policies.

“If Republicans control the senate there will be limits to how quickly Biden can implement his environmental agenda.”

(With files from CTVNews.ca and The Associated Press)