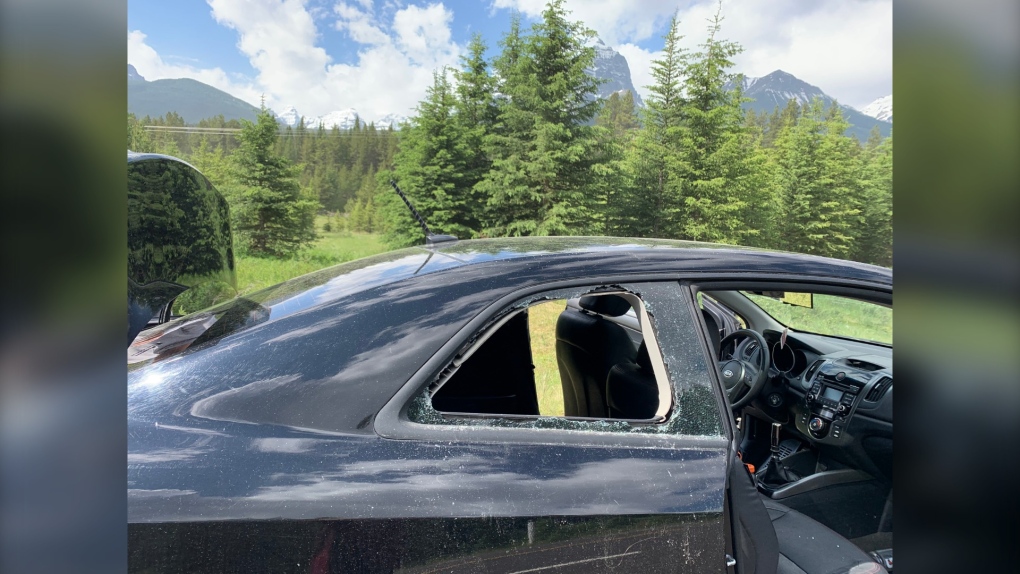 CALGARY -- A newly engaged couple are thankful after a Lake Louise RCMP member helped them get out of a sticky situation.

Daniel Gagnier and Felecia McIntyre-Macready were tenting in the area when they woke up to find their car's rear window smashed and everything left inside missing.

With no bank cards or ID, Gagnier and McIntyre-Macready drove to the RCMP detachment where Const. Magali Dupuis went out of her way to help them out.

Dupuis grabbed some cardboard from her house and helped the couple patch up the window for the five-and-a-half-hour drive home to Castlegar, B.C..

And after finding out the couple needed a bit more gas to complete the drive, Dupuis also topped up their tank.

Gagnier and McIntyre-Macready said they had just enough gas to make it home.

"She was super nice and didn't even think twice about helping us out,” he said. “It was awesome."

Gagnier said Dupuis also supplied the couple with chargers for their already dead phones. Gagnier had all his belongings with him as he had recently arrived home on military leave. Other missing items include clothing, an Xbox, makeup and roller blades.

Gagnier said their stolen bank cards were later used in Jasper, where police were able to use surveillance footage to identify suspects.