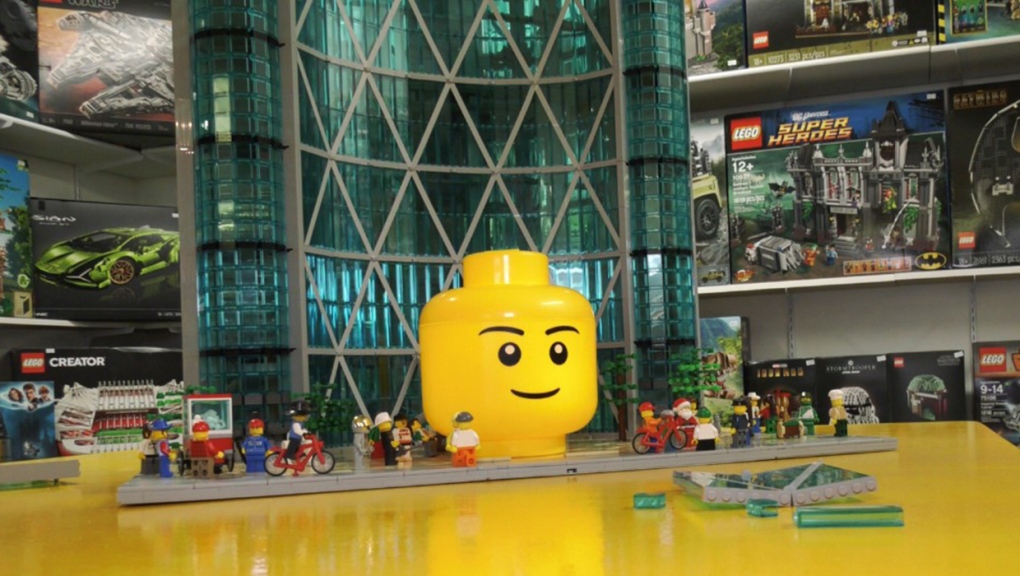 The LEGO version of The Bow building will be unveiled in its new home in the lobby of the building on Jan. 18 after HR Reit agreed to purchased it from the artist. (file)

CALGARY -- The owners of an iconic building in downtown Calgary have purchased a reconstruction of the landmark made out of nearly 8,500 LEGO pieces.

HR REIT announced the acquisition of a miniature version of The Bow, constructed by artist Roy Nelson, with plans to unveil the installation in its new permanent home in the lobby of the building on Monday.

In an interview with CTV News conducted in December 2020, Nelson confirmed the LEGO-version of The Bow, which stands over a metre tall, took him roughly five years to build at a cost of approximately $2,200 in material.

Nelson, who works as an analyst for the Calgary Fire Department, built the scale-model using measurements from sales drawings that had been posted online.

In December 2020, Nelson indicated he had found an unnamed buyer for the piece who had agreed to purchase it for $4,000.

HR REIT has not provided details regarding the transaction.