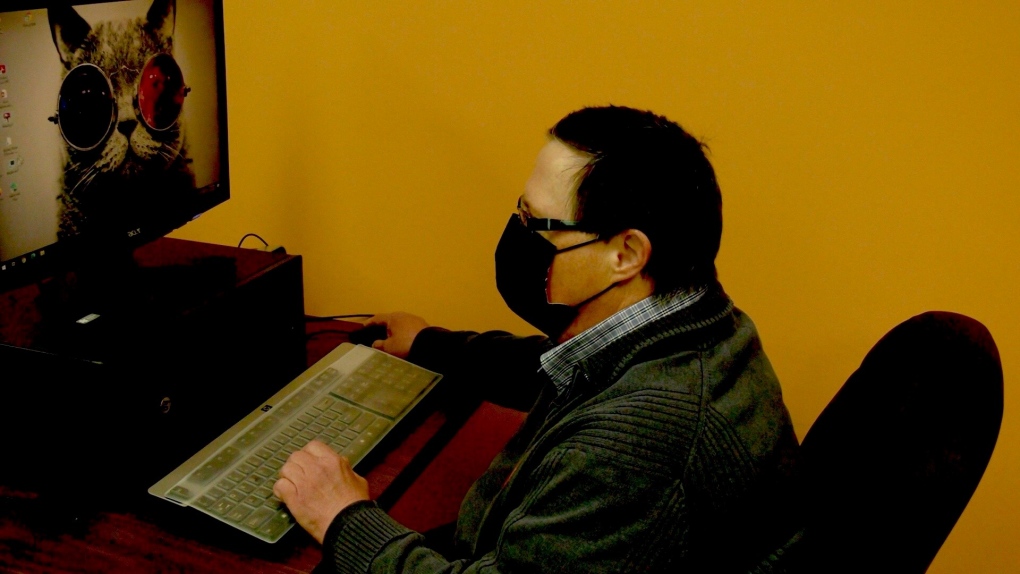 Blayne Thomas, who has Down syndrome, visits the Ability Resource Association four or five times a week to take part in a variety of programs.

LETHBRIDGE -- A group of staff and clients at the Ability Resource Association are celebrating a vaccine milestone after discovering all members of their team have received at least their first dose of COVID-19 vaccine.

The association supports adults with disabilities.

About 50 individuals were part of an informal campaign to get their vaccinations, to protect themselves and each other and help get their lives back to normal.

Blayne Thomas has Down syndrome, and visits the resource centre four or five times a week to take part in a variety of programs.

But because of the pandemic, a number of the community activities have been curtailed.

“That’s what I miss a lot,” said Thomas, who regularly helped out in the kitchen at the Lethbridge Senior Citizens Organziation (LSCO).

Thomas said he hasn’t been able to visit his family as much, and misses going for coffee with friends, and was one of the first members of this team to get his COVID-19 shot.

"He shared his story, and that got everyone else excited," she said.

While they didn’t have a formal campaign, Thibault said members of her team, which includes 10 staff and about 40 clients, developed a “positive culture” around getting their vaccinations.

“It started with education,” said Thibault. “If people had questions we would go on the internet and the AHS website and show them the facts and stuff.”

Lindsay Stanford admitted that she was reluctant to get vaccinated in the beginning.

“I was having a tough time deciding, do I get it or not?” she said.

Stanford, who loves volunteering as a dog walker for the nearby Lethbridge and District Humane Society, said she felt that she wanted to protect herself and her friends at the resource centre.

“When I got my shot, I felt really good about it, and I felt I was protected,” said Stanford.

Thibault said the individuals in her team started to advocate for themselves and would go home and tell their parents and guardians why they wanted to get vaccinated.

“We heard stories where their guardians and families decided to get it, because they were convinced by the individuals,” said Thibault. “It just became a celebration.”

Thibault says members of the team would show up in the morning excited that they had booked an appointment, or received their COVID shot. “We’d all cheer and celebrate.”

Last week they realized that every member of the team had received at least their first vaccination.

“I felt proud, because I had helped certain people through that journey,” said Stanford, who had become one of the biggest boosters.

The group expects to do something fun to celebrate the milestone at some point in the future, when COVID restrictions are lifted, and things return to normal.

“We can’t quite do that yet, but the vaccine will help us get there,” said Thibualt.