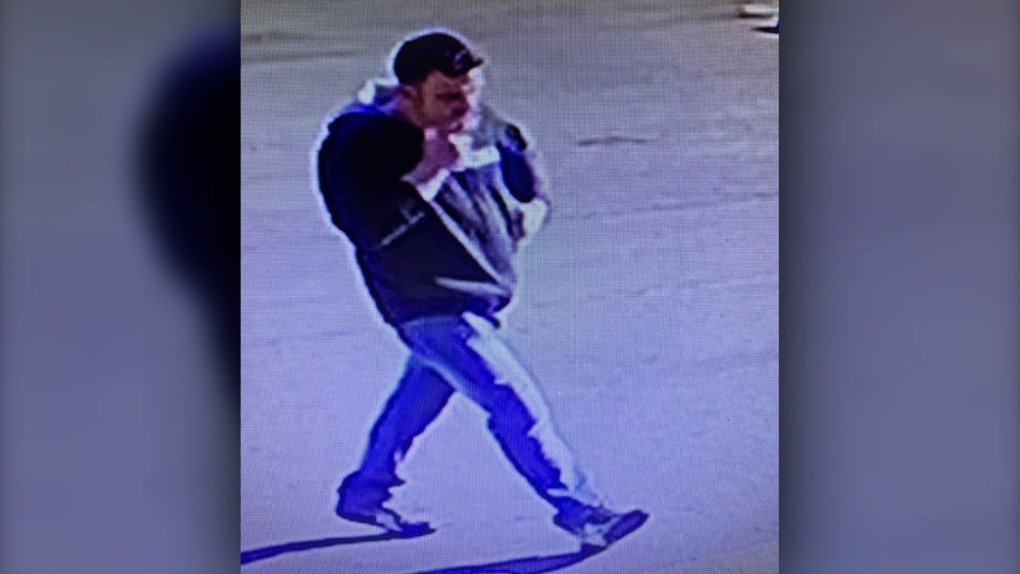 Surveillance image of a suspect who was allegedly involved in a July 25 break-and-enter and assault on Columbia Blvd. W (LPS)

CALGARY -- The Lethbridge Police Service is asking for assistance from the public to identify a man wanted in connection with a targeted break-and-enter and assault in July.

According to police, three suspects entered an apartment in the 400 block of Columbia Boulevard West on the morning of July 25 and proceeded to assault two people inside the suite.

The suspects fled prior to the arrival of police.

Two of the suspects were later apprehended and charged but investigators continue to search for the third suspect.

Police have released a surveillance still of a man who was allegedly involved.

Anyone who recognizes the man is asked to contact the LPS at 403-328-4444 or anonymous tips may be submitted to Crime Stoppers.